SAN FRANCISCO (1/5/99) —- Interactive Pictures Corporation, the
world leader in multi-dimensional 360-degree image technology, is
ringing in the New Year with a series of new features for the
company’s popular IPIX Wizard for PC and Macintosh software. The new
features, including a multiple Save-As option and expanded Java
support, enable greater flexibility and ease-of-creation for IPIX
immersive images. Through the addition of these new features, IPIX
has further simplified the ability of users to create compelling,
high-quality IPIX images in a matter of minutes for use in a
wide-range of Internet and CD-ROM applications.

Not Just For PC’s

In conjunction with the announcement of the new features for the
complete line of Interactive Pictures IPIX Wizard software, the IPIX
Wizard Version 2.0 for Macintosh will make its public debut at
MACWORLD Expo in San Francisco. Media and consumers alike are invited
to immerse themselves in the hottest imaging solution available
today at Booth # 3545 from January 5-8, 1999 at the Moscone Center.

This past year was an amazing one for Interactive Pictures, as we’ve
expanded our position as the best immersive imaging solution for
business-to-business marketing. IPIX images are used by the world’s
leading sites for e-commerce, travel destination, news content and
real estate, as well as interactive CD-ROM content, said Jim
Phillips, chairman and CEO of Interactive Pictures Corporation.
Interactive Pictures developed these new features by listening to
our growing customer base to learn how we could make IPIX image
capture and creation even more simple. IPIX images can now be created
and posted to the Web in minutes, rather than hours or days like
other more cumbersome technologies which can’t deliver the complete
immersive experience.

In a year that saw IPIX images used to cover John Glenn’s trip to the
stars on CNN and the President’s Cup in Australia on ESPN, even
Walter Chronkite was not immune to the impact of IPIX images as he
discussed them on air. Interactive Pictures is riding a wave of
convergence in the Internet and photography industries that is
contributing to the rise in popularity of IPIX technology. The
falling costs of digital cameras and fisheye lenses are helping
push IPIX technology towards the consumer market as all of the
individual components required to create IPIX images become even more
cost-effective. Through successful bundling deals with Nikon, Kodak
and Olympus, Interactive Pictures has made it easier for business
users and early adopters to obtain and use IPIX technology. Increased
Internet bandwidth and the widespread migration of businesses of all
sizes to E-commerce are fueling the demand for rich, interactive
content such as IPIX.

Interactive Pictures is positioning itself well in the immersive
photography business, and these new features will help to further
distinguishes the company from its competitors, said Suzanne Snygg,
industry analyst for personal computing software at Dataquest in San
Jose, Calif. Immersive imaging has a wide array of applications on
the Internet and through communications mediums such as CD-ROM and
e-mail to help consumers make informed purchasing decisions and
experience rich, interactive content.

Feature Roll Call: Step Inside And See The Difference!

The IPIX Wizard 2.0 for Windows and Macintosh systems is now shipping
on a single hybrid CD-ROM with all new IPIX Digital Camera Kits. The
software is also available to all current IPIX Wizard users free of
charge. Current customers will be contacted directly by Interactive
Pictures Corp. for upgrade or can call Interactive Pictures directly
at 888-909-IPIX. The newest additions to the IPIX Wizard include:

Multiple Save-As Option: In previous versions of the IPIX Wizard,
users could save their IPIX image as either a low resolution, high
resolution or Java file at the cost of one IPIX key for each file.
IPIX now offers all three options for the price of one key, a cost
saving of $50 per image captured!

Camera Calibration/Image Alignment Adjustment: Interactive Pictures
has eliminated the need to load a camera calibration file in
addition to the IPIX Wizard software when using the IPIX-enabled
cameras from Kodak, Nikon and Olympus. The intuitive IPIX Wizard will
now automatically calibrate the users camera with the fisheye lens to
ensure the highest quality IPIX immersive images. The software will
also automatically correct for minor variations in camera set up or
placement during the seaming of the two IPIX hemispheres. This new
feature also enables owners of supported Nikon, Olympus and Kodak
digital cameras to utilize an IPIX Digital Camera Starter Kit to
upgrade their existing flat image cameras to capture
multi-dimensional IPIX images.

Thumbnail Section Option: When an IPIX image is saved, a thumbnail
image is created to allow for a quick preview. The IPIX Wizard is now
able to create both a flat image showing the initial IPIX view or a
wide-angle view of the initial IPIX hemisphere. Content creators can
pick whichever preview best fits their particular application without
having to take time to create a customized preview.

Advanced HotSpots: IPIX will now include a URL HotSpot-enabled tripod
cap that will automatically launch the user’s browser and teleport
the viewer to that Web site. This feature is ideal for Web marketing
in any industry, from real estate and travel/tourism, to online
ticket sales and product promotion.

Professional photographers, Realtors, hoteliers, automotive
manufacturers and web developers are energizing e-commerce and
increasing revenues simply by adding more depth and interactivity to
a photograph. Resulting IPIX are ideal for posting to Web sites,
CD-ROM and other multimedia applications to bring photographs to
life. For companies investing in the Internet and digital media as
tools for information dissemination and sales generation, IPIX has
proven to deliver increased web site hits/visits, increased revenues
and recognition for innovative companies capitalizing on this new
form of photography.

Interactive Pictures Corporation has reinvented photography for
businesses and consumers through its patented IPIX technology. An
IPIX immersive image “teleports” people to and immerses them in a
360-degree-by-360-degree image. With technology originally developed
on behalf of NASA and the U.S. Department of Energy as a means to
view and handle hazardous environments from a safe distance, an IPIX
places viewers in the center of a picture, allowing them to navigate
the environment in real time. IPIX is the only photography solution
to deliver a completely immersive photographic experience providing
interactive, spherical images. An IPIX takes the viewer from earth to
sky and horizon to horizon, all from two simple opposing photographs
captured by a fisheye lens and seamlessly blended together.
Interactive Pictures has helped numerous organizations create virtual
tours and redefine digital marketing/electronic commerce efforts
including Microsoft, AOL, Disney, Hilton Hotels, Toyota, Intel,
Rent.Net, Coldwell Banker, CNN, The New York Times, The Chicago
Tribune, Discovery Communications, the NFL and the NBA. Interactive
Pictures maintains corporate headquarters in Oak Ridge, Tenn. and San
Jose, Calif. The privately held company has received equity
investments from Motorola, Discovery Communications, Advance
Publications and Media One Group. Experience IPIX and learn more
about Interactive Pictures at www.ipix.com. 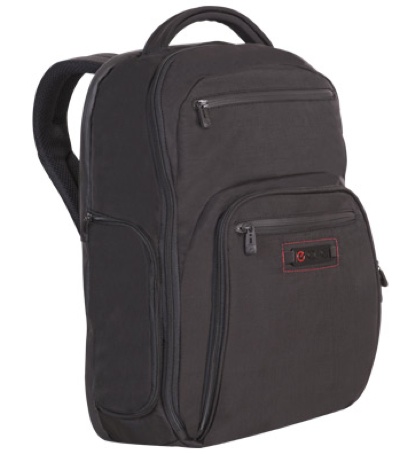