“This is the first time Apple has reached out to the next wave of software
and hardware pioneers who are currently learning their craft in colleges
and universities around the world,” said Clent Richardson, Apple’s vice
president of worldwide developer relations. “Bringing students into the
Macintosh development community today spurs continued innovation on the Mac
platform.”

The program also includes a subscription to the Apple Developer Connection
student mailing; discounts on developer events, including Apple’s annual
Worldwide Developers Conference; as well as special deals on tools and
developer-related materials from Apple and third parties, such as MacTech
magazine.

Students around the world can join the ADC Student Program today via
Apple’s website (http://developer.apple.com/programs/students.html). The
cost of the program is U.S. $99 per year. Students who sign up before
January 31, 1999 receive U.S. $10 off the standard annual fee, and the
first 100 students to sign up receive a copy of FileMaker Pro Developer
Edition from FileMaker, Inc. 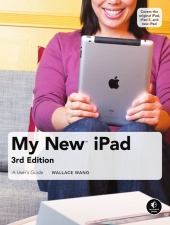