To update, simply run the installer. The installer locates the existing
LetterRip folder and updates the enclosed files.

If you have not yet upgraded to LetterRip Pro, you can upgrade using the
following web page:

* The default Mailer Daemon Strings file has been changed. The word
“AUTORESPONSE” is now added to subject strings. If you are already running
LetterRip Pro, you will need to either edit the existing Mailer Daemon
Strings file using a text editor or delete the file from disk.

* Fixed the MIME version header for replies generated by processors.

* Fixed a bug that caused LetterRip Pro to crash if the moderation for a
list was turned off while a message was being received.

* Changed the primary domain logic to use the top three domains if the
top-level domain is a two-letter country code. In all other cases, only the
first two domains are used. The following are no longer considered
equivalent:

* The log entry for sending has been changed to show the file name of the
message being sent. For example:

This can be useful when trying to track down sending problems since it
identifies the disk file.

* Email Admin 1.3.3 manages the who command much faster. It also breaks up
the who responses into groups of 2,000.

* The incoming timeout is now used when receiving mail via POP.

* Fixed a problem with fuzzy domain logic where two addresses that begin
with the same characters are considered equal. For example, johan@abc.se
and johansson@abc.se would be considered equivalent addresses.

* Changed the TMPL resource used for the technical settings to be ResEdit
friendly.

* The X-UIDL header is removed from incoming mail that is forwarded to a list. 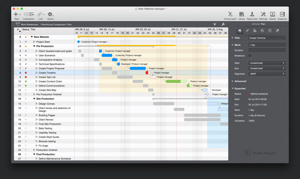