July 1: The MRJ Software Development Kit (SDK) is a set of Java development
tools for use with the Mac OS Runtime for Java (MRJ), Apple’s Java
execution environment. Developers use the MRJ SDK to:

New in MRJ SDK 2.0.1 (final) are updated versions of the Sun JDK Tools and
of JBindery. The user interface in JBindery has been simplified, making it
easier to package up stand-alone applications. Also included in this
release is a set of MPW scripts and an MPW tool that gives access to some
of the JDK tools. A JManager 2.0 code example called SimpleRunner, derived
from the “Apple Applet Runner”, is also included. 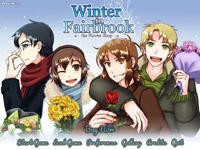