“Flash has enabled many of the world’s most innovative web designers to
create engaging, interactive Internet destinations,” said Rob Burgess,
president and chief executive officer at Macromedia. “Now with Flash
Generator, Flash graphics can be automatically generated for a wide range
of new business and commerce applications. These two new products are
beautiful new examples of our vision to transform the web for developers,
enterprises and consumers.”

The public beta of Flash 3 is now available for download at no charge at
http://www.flash.com. With more than 40 million downloads in the past year,
Flash has become the premier web interface design tool among a broad range
of web content publishers, including the International Olympic Committee,
Disney Blast, Sony Europe, Suzuki, FOX and NBC.

* Vector & Bitmap Transparency – Flash users can now create translucent
graphics, overlay transparent vector objects on bitmaps, and vary the
levels of opacity, transparent colors, gradients and other attributes at
any time. For example, set-top box developers can use this feature to
create transparent program guides that overlay video.

* Shape Morphing – New shape morphing lets web designers easily morph any
graphic across any number of frames, without having to draw each
incremental change in its own key frame. Morphing enables fast,
eye-catching transitions.

* Bandwidth Profiling – Flash now provides a graphical representation of
how Flash movies are streaming. By simply adjusting for a target modem
speed, such as 28.8 kps, web designers can see exactly how their movies are
streaming, and easily optimize them. Bandwidth profiling helps guarantee
fast delivery of web graphics and animation.

* Standalone Projectors – Flash movies can now be delivered along with the
Flash player in a single file, allowing users to deliver Flash animations
on floppy diskettes, CD-ROMs and DVD-ROMs, as well as the Internet.
Projectors enable everything from greeting cards delivered on floppy disks
to standalone presentations.

“The new capabilities in Flash 3 allow us to incorporate cutting-edge,
professional graphics into our digital sports coverage that look clear and
crisp on any browser. And we’ve already used Flash 3 technology in our
production of the Web site for the International Olympic Committee,” said
Alan Ramadan, president and CEO of Quokka Sports. “As the leader in digital
sports media, we’re excited to see new technology that helps us
revolutionize the way people experience sports.” (This International
Olympic Committee Web site can be viewed on the Web at www.olympic.org).

FLASH GENERATOR – DATA-DRIVEN DESIGN FOR WEB SITE GRAPHICS Macromedia’s new
Flash Generator product is a powerful server-based product that automates
the real-time creation of web graphics. With Flash Generator, any graphic –
from personalized banner advertising to custom weather maps to automated
event listings – can be driven from a data source and refreshed without
redesigning the entire graphic or page.

Flash Generator is designed for data-driven sites with frequently changing
graphical content, such as:

Destination sites that require personalization and customization of the
interface for each user, as well as branded, promotional content.

Currently, web designers must manually update web graphics and animation at
set intervals from content that resides in a database. As sites
increasingly rely on this frequently changing data, the production of web
pages can become time consuming and error prone. Flash Generator now gives
web designers more flexibility and control over the appearance of this
data; while providing end users with a rich, interactive view of live
information. Flash Generator output can be both vector-based, interactive
Flash files as well as GIF or animated GIF. To see the Generator in action,
visit http://www.flash.com/generator.

VECTORS REVOLUTIONIZE THE WEB
Vector-based graphics have numerous advantages in designing animation,
graphics, and user interface for web pages. Flash, which is based on vector
technology, produces files that are compact and which stream, or play, as
they download. Files created in Flash and Flash Generator break the
bandwidth barrier to provide users with high performance playback, even
over slow modem connections. Playback is also ubiquitous, and supported on
a wide variety of platforms and by numerous web standards, including .swf,
GIF and animated GIF. Flash also has the ability to play back in Java
enabled browsers via the new Flash player Java Edition. To learn more about
Flash and vector graphics, visit http://www.flash.com.

PRICING AND AVAILABILITY
A pre-release public beta of Flash 3 is currently available for download at
no charge at http://www.flash.com. Flash 3 for Windows 95, Windows NT and
Power Macintosh will be available in Spring 1998 for an estimated street
price of $299 US, and an upgrade price of $99 US from any previous version
of Flash or FutureSplash. Flash is also available with FreeHand 8 and
Insta.HTML in the Design in Motion Suite at the estimated street price of
$499 US. All products are available for purchase directly from Macromedia
at www.macromall.com or (800) 457-1774, and through traditional software
distribution channels. Interested parties outside North America should
contact their local Macromedia distributor for pricing and availability.
For the name of a Macromedia authorized reseller in your area, call (800)
326-2128 or visit www.macromedia.com.

Flash Generator will be available in Summer 1998. To sign up for a
pre-release beta version or to learn more about Flash Generator, visit
http://www.flash.com/generator. Interested parties should contact
Macromedia Corporate Sales for information on pricing.

ABOUT MACROMEDIA
Macromedia (NASDAQ: MACR) is a leading provider of software solutions,
tools and technologies that are transforming the web. Macromedia’s
acclaimed products help people and organizations make the Internet an
engaging and productive place to publish, learn, work and play. One of the
world’s top-rated web sites – http://www.macromedia.com – is a popular
destination for Internet users seeking to design interactive text,
graphics, animation, sound or video into their web sites. Macromedia is
headquartered in San Francisco. 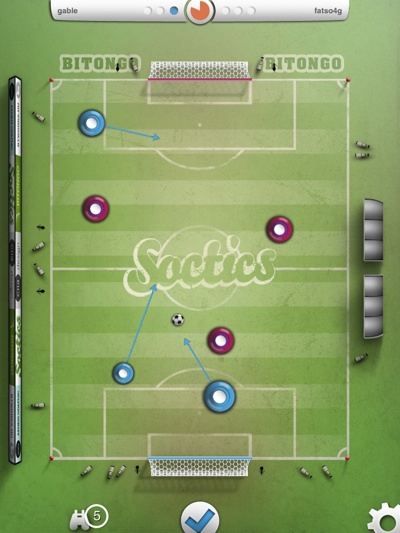