4D server, the foundation of the 1998 MacWorld/MacTech Editor’s Choice for
best rapid application development tool, will soon be available as a native
Rhapsody application.

‘The development of 4D Server for Rhapsody demonstrates ACI’s continuing
commitment to Apple users, even while we are rapidly expanding our support
on the Windows platform,’ said John Anglim, Chief Executive Officer of ACI
US. ‘4D Server will run natively on Rhapsody, providing all the benefits of
ACI’s widely-acknowledged ease of cross-platform rapid development and
robust database and Web serving, while drawing on the stability and ease of
use that Rhapsody will provide as a server platform.’

4th Dimension is a cross-platform rapid application development environment
for single or multi-user relational databases; for the development of
front-ends for SQL servers; and for easy publishing of databases on the
World Wide Web. 4D is used by numerous Fortune 500 companies and government
agencies, and is also used for vertical application and in-house
development by thousands of independent developers on both the Windows and
Macintosh operating systems.

iFixIt breaks down the iPad 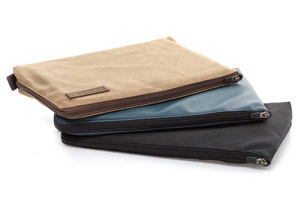