“Consumers are hungry for exciting and original online entertainment and
with ShockRave they won’t be disappointed,” says Lynda Keeler, vice
president of marketing at Columbia TriStar Interactive, award-winning
developers of “shocked” movie sites such as Men In Black, As Good As It
Gets, Starship Troopers and Spiceworld. “Only Macromedia has both the tools
and technology and the established Shockwave brand name to successfully
bring together leading entertainment companies and developers in this
one-of-a-kind site.”

“Macromedia’s ShockRave is a new entertainment site targeted at Internet
enthusiasts,” said Steve King, vice president of corporate marketing at
Macromedia. “ShockRave offers consumers access to fun, fast interactive
entertainment and our developers have the opportunity to distribute their
content to millions of Web explorers.”

Say “G’day” to Lenny Loosejocks and Boogie Down with Johnny Skank Ezone’s
“Lenny Loosejocks” transports players to the land “Down Under” for a wild,
puzzle-solving adventure in the Australian Outback. Yukyuk’s Dr. Fingo-Ho
and Mr. Furd will let you interact with natural wonders like the Lava
Flute. ‘Ravers will get to boogie with Johnny Skank on his interactive
dance floor. In RMW Media Integration’s “Donut Boy,” players must help
Donut Boy climb his way up the corporate ladder. Classic games such as
“CleverChess” by CleverMedia, “7 Up Mascot Basketball” also by RMW Media
Integration, “Candystand Hockey,” “Candystand Pool,” “Candystand Pinball”
and “Bowling” developed by Skyworks Technologies will also be featured on
the site.

After battling Zombies or killer surf, ‘Ravers can relax and interact with
others in the ShockRave message boards, listen to twelve music channels
from TheDJ.com, the premier Internet music broadcaster, or kick back and
watch favorite animated cartoons brought to life on ShockRave. Featured
cartoons will include United Media’s Dilbert and Peanuts as well as Comedy
Central’s South Park. Registered ShockRavers will receive an electronic
newsletter featuring Shockwave news, game tips and new content features and
announcements.

“Macromedia’s technology brings comic strips to life on the Internet,
enabling cartoonists to share their work with a new generation of computer
users,” said Michael Zimbalist, general manager, online services, United
Media. “The ability to easily animate cartoons on the Internet has added
new vitality to one of the most time honored sources of
entertainment-comics.”

About Shockwave
Since its introduction in December 1995, Macromedia’s Shockwave technology
has brought multimedia to the Internet, transforming the Web from a static,
text-based medium into a dynamic, interactive experience. Daily downloads
of the Shockwave multimedia player (available at http://www.macromedia.com)
have continued to grow sharply to 125,000 a day, totaling more than 37
million downloads worldwide to date. As of February 1998, Macromedia’s Web
site is the 18th most heavily trafficked site on the Internet according to
the Hot 100 (http://www.hot100.com).

About Macromedia
Headquartered in San Francisco, Macromedia (NASDAQ: MACR) is a leading
provider of software products, each designed to help make creativity and
interactivity more possible in the new technology ecosystem. Macromedia’s
award-winning products for Windows, Macintosh and the Internet are
available to business, education, and government customers worldwide.
Additional information on Macromedia is available on the Internet at
www.macromedia.com. 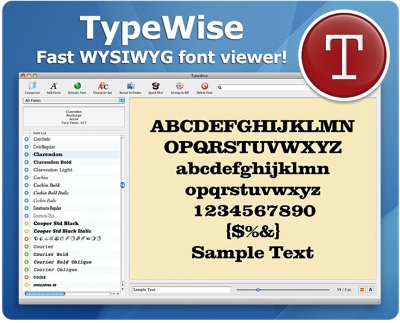