The six companies now look forward to collaborating with other companies
and industry bodies to further refine the specification and QuickTime file
format–ensuring that MPEG-4 quickly gains market acceptance.

“MPEG’s decision to utilize the QuickTime file format for the MPEG-4
specification has huge benefits for users and the industry”, said Ralph
Rogers, Principal Analyst for Multimedia at Dataquest, San Jose. “This
strategy will leverage the broad adoption of QuickTime in the professional
media space, speed the creation of MPEG-4 tools and content while providing
a common target for industry adoption.”

About MPEG
MPEG-2 is the standard for entertainment quality video and audio and is the
format of choice for DVD (Digital Versatile Disc) and DVB (Digital Video
Broadcasting). MPEG-4 is an emerging digital media standard currently being
defined by ISO’s Moving Picture Experts Group (MPEG) that will enable users
to select, view and manipulate audio, video and other forms of digital
content. By the adoption of the QuickTime file format as the starting point
for an MPEG-4 standard, users are assured that all digital media content
can be authored in a common file format which also supports real-time video
and audio streaming. This digital stream can then be delivered over the
Internet, corporate networks or broadcast directly into the home. By
utilizing a QuickTime-based file format, the vast majority of existing
hardware, software and digital content would work seamlessly with this
next-generation version of MPEG.

About the Proposal
The six companies’ co-authored the QuickTime File Format proposal in
response to a Call For Proposals issued by MPEG based on stringent
technical examination against a broad range of requirements. The companies’
proposal recommended QuickTime’s file format as the superior technology
choice because of its ability to stream across different network protocols,
its support for all forms of digital media and its extremely flexible
capabilities as a file format. Additionally, QuickTime’s file format has a
strong following among creative professionals, with a wide breadth of
available development tools and cross-platform support. The QuickTime file
format is a component of the QuickTime architecture.

Apple Computer, Inc.
“Over 50 million PCs have QuickTime installed today, making it by far the
most widely adopted multimedia standard in the world,” said Steve Jobs,
Apple Computer’s Interim CEO. “Choosing QuickTime guarantees that the huge
amount of QuickTime content being created and delivered today can be easily
retargeted to be delivered in MPEG-4 in the future.”

IBM
“The acceptance of the MPEG-4 specification proposal IBM co-authored with
our colleagues marks a good first step in the development of an industry
standard. This standard will help ensure that users and content providers
will be able to smoothly integrate the upcoming generation of digital
multimedia content with existing solutions. As Internet multimedia, in
particular, becomes part of our everyday experience, it is vital that we
have open standards to enable all of us–consumers and business customers
alike–to benefit from technology advancements that make digital content
more accessible, compelling and valuable.” Dr. Armando Garcia, vice
president, Internet Media, IBM

IBM creates, develops and manufactures advanced information technology
products and services, including computer systems, software, networking
systems, storage devices and microelectronics. IBM has been a leader in the
development of the Internet since this technology began and is dedicated to
helping customers and developers leverage the Internet as they move to the
world of e-business. Find out more about IBM via the Web at www.ibm.com.

Oracle Corporation
“With Oracle Video Server and Oracle8, Oracle provides the engine for
metropolitan-scale interactive services. What’s been missing are open
standards for the creation, management and delivery of those services,”
said Lawrence J. Ellison, Chairman and CEO, Oracle Corp. “MPEG’s decision
to use QuickTime as a basis for the MPEG-4 file format creates the standard
that content providers need.”

Oracle Corporation is the world’s leading supplier of software for
information management, and the world’s second largest software company.
With annual revenues of more than $6.3 billion, the company offers its
database, application server, tools and application products, along with
related consulting, education and support services, in more than 140
countries around the world. For more information about Oracle, please call
650/506-7000. Oracle’s World Wide Web address is (URL)
http://www.oracle.com/.

Silicon Graphics, Inc. is a leading supplier of high-performance
interactive computing systems. The company offers the broadest range of
products in the industry – from low-end desktop workstations to servers and
high-end Cray supercomputers. Silicon Graphics also markets MIPS
microprocessor designs, Alias|Wavefront entertainment and design software
and other software products. The company’s key markets include
manufacturing, government, science and industries, communications and
entertainment sectors. Silicon Graphics and its subsidiaries have offices
throughout the world and headquarters in Mountain View, Calif.

Sun Microsystems
“Sun has enjoyed working with this group of valued industry partners and is
very excited to see that MPEG has adopted the QuickTime File Format as the
basis for the future of media and video streaming,” said Jon Kannegaard,
vice president of software products at Sun Microsystems JavaSoft division.
“We plan on supporting MPEG-4 in future versions of our Java Media
Framework and look forward to seeing it be an open standard that developers
throughout the industry can depend on.”

Since its inception in 1982, a singular vision, “The Network Is The
Computer” has propelled Sun Microsystems, Inc. (NASDAQ “SUNW”) to its
position as a leading provider of hardware, software and services for
establishing enterprise-wide intranets and expanding the power of the
Internet. With more than $9 billion in annual revenues, Sun can be found in
more than 150 countries and on the World Wide Web at http://sun.com.

“MPEG’s decision to utilize the QuickTime file format for the MPEG-4
specification has huge benefits for users and the industry”, said Ralph
Rogers, Principal Analyst for Multimedia at Dataquest, San Jose. “This
strategy will leverage the broad adoption of QuickTime in the professional
media space, speed the creation of MPEG-4 tools and content while providing
a common target for industry adoption.” 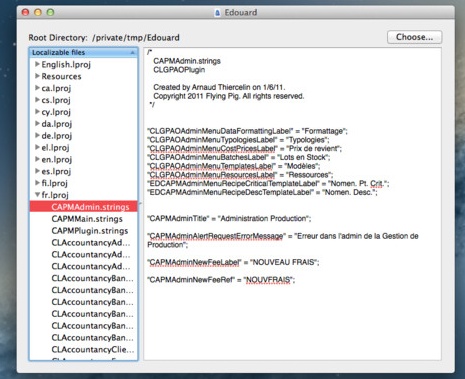 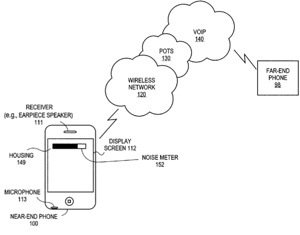