Joy boosts developer creativity and productivity by enabling programmers to
quickly and interactively try out new ideas. Professional applications can
thus be developed step by step, through rapid creation of prototypes.

– integration with OPENSTEP’s graphical tools for GUI construction
– object oriented scripting language to implement program logic
– interactive testing of new code without recompiling or even restarting
– all methods of classes in OPENSTEP frameworks available in scripts
– interactive sending of messages to explore OPENSTEP frameworks
– script variables graphically connected to User Interface Objects
– inspect and change any object’s variables or methods at runtime
– definition of new classes and methods at runtime
– methods can be implemented for both classes and single instances
– internal, invisible use of byte-code compilation to boost performance
– free mixing of interpreted scripts and compiled C++, C and Objective-C
– scripted methods transparently callable from compiled Objective-C

DEPLOY THE SAME CODE FOR APPLE AND WINDOWS

Joy extends the OPENSTEP suite of development tools, which is available for
Windows 95/NT, Rhapsody and Mach Unix. Regardless where Joy programs are
developed, they can be run without modification on all platforms, and adopt
their look and feel to the local platform.

More than 10,000 registered Apple developers have recently received the
prerelease version of Apple’s new operating system Rhapsody with Joy
already bundled. They can now deploy their Joy programs on Windows.

The extensive object-oriented frameworks of OPENSTEP are a key part of the
technology that Apple acquired through the merger with NeXT for it’s new
operating system Rhapsody. Many Fortune 500 companies have successfully
used OPENSTEP to build mission critical custom applications and enterprise
solutions. The tremendous benefits of this technology are widely
acknowledged throughout the industry (Byte magazine called it ‘the most
respected piece of software on the planet’), yet to master it requires a
major investment of time and effort.

Joy softens the steep learning curve for Windows developers. The Joy
interpreter gives easy and interactive access to the extensive OPENSTEP
class libraries that Apple is selling for Windows 95 and Windows NT as part
of its OPENSTEP Enterprise product.

Joy is based on technology used internally by AAA+ since 1993 to develop
large financial applications. It has thus been thoroughly tested and
validated in day to day operation.

A free, fully-enabled evaluation version of Joy is available from

and ftp sites, including

Introductory pricing for regular licenses is $49 for Joy Explorer and $299
for Joy Developer. On 1 December, 1997 prices are set to increase to $69
and $399, respectively.

OPENSTEP Enterprise is available from AAA+ and Apple’s Enterprise Software
and Services Division. It is priced at $1499.

AAA+ creates award-winning financial risk management software for large
European banks based on OPENSTEP technology. Starting with the release of
Joy, proven technologies originally developed for AAA+ Software’s internal
use are available to all OPENSTEP developers. AAA+ Software F&E GmbH.,
headquartered in Vienna, Austria, grew out of a university research lab in
advanced software technologies in 1993. 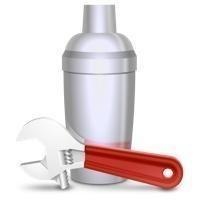