MILL VALLEY, Calif., July 14, 1997 – Filling yet another need in the world
of Internet Email, Stalker Software, Inc. has just released its latest
feature, Anti-Spamming, for both the CommuniGate Messaging System and the
Stalker Internet Mail Server. The new feature is especially popular for
Internet Service Providers as they suffer the most from senders of bulk
E-mail (spammers). Not only do Spam offenders fill mailboxes that ISPs
maintain for their clients, but they also abuse ISP mail servers, using
them as relays to distribute bulk E-mail all over the world.

Anti-spam features are included into the both Stalker SMTP products: the
commercial CommuniGate SMTP module, and into the freeware Stalker Internet
Mail Server (SIMS).

The first feature allows the server administrator to put the network
addresses of spammer hosts into the server Black List: all connections from
those hosts are rejected, and no mail is taken from those hosts. There are
already several web sites on the Internet that maintain a list of offending
hosts addresses: information from those sites can be used to fill the Black
List.

The second feature allows the administrator to restrict relaying features
of SMTP servers, thus making the servers useless for spammers. The server
administrator can specify the network addresses of all “legitimate” clients
of that server. Usually, it’s just all the addresses on the server LAN, but
it can be any set of addresses.

These new versions of the CommuniGate SMTP and the Stalker Internet Mail
Server implement the standard mail protocols (POP,SMTP,POP,PWD) via
AppleTalk, in addition to TCP/IP. Now mailers that support AppleTalk
connections, such as the Claris Emailer, can use both Stalker
standard-based servers on AppleTalk-only LANs – the feature that was
available only with proprietary products such as Claris OfficeMail.

These latest updates allow Stalker to offer the special package of
(25-users license with UUCP, POP, SMTP, and PWD modules, regular price
$400) for just $189 to all owners of the Claris Office servers.

The Stalker Internet Mail Server can be downloaded from:
(http://www.stalker.com/SIMS). This product is free, but it is backed up
with the Stalker technical support staff and has a dedicated mailing list.

The CommuniGate SMTP and other components of the CommuniGate Integrated
Messaging System can be downloaded from:
(http://www.stalker.com/CommuniGate)

Updates to the new version of the CommuniGate SMTP module are free.

Stalker Software Inc. specializes in network communications’ solutions for
Macintosh computers. The company was founded in Europe in 1991 and opened
its U.S. offices in 1993 at 655 Redwood Highway, suite 275, Mill Valley,
Calif. 94941. For more information about Stalker Software and its products,
please contact Ali Liptrot, director of sales and marketing, at (800)
262-4722 or (415) 383-7164. She can also be contacted by fax at (415)
383-7461 or e-mail at ali@stalker.com. For further press information, visit
the Stalker Software website at http://www.stalker.com. 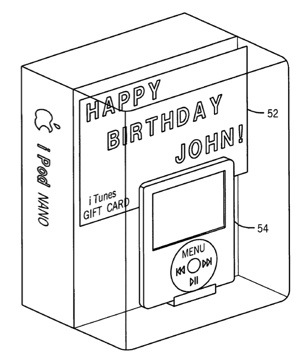