ASHLAND, OR. — May 27, 1997 — In concert with Apple’s shipping of its new
AppleShare IP 5.0 product, Open Door Networks Inc. today announced that it
would host an online registry of publicly-accessible AppleShare IP file
servers. The free Web-based registry will enable Macintosh users to easily
find and access Internet-based AppleShare file servers using their Web
browser. Once accessed, AppleShare file server volumes appear as disks on
the user’s desktop, enabling the user to access files and applications on
those servers just as if they were local to the user’s Macintosh and
eliminating the need for cryptic interfaces such as those used in FTP (file
transfer protocol).

“Apple’s new AppleShare IP product begins to extend the traditional power
and ease-of-use of AppleShare to the Internet environment by providing
Macintosh file service over TCP/IP as well as AppleTalk,” said Alan
Oppenheimer, president of Open Door Networks, Inc. “However the Internet
continues to lack any easy way for users to browse, locate and access
services. Open Door’s new AppleShare IP registry is a key step in our
overall goal of remedying this situation. We want to make the Internet as
easy to use as other Macintosh services.”

In addition to the AppleShare IP registry, Open Door also offers products
which enable Macintosh users to easily find and access personal Web servers
using the Chooser and AppleTalk. Open Door plans to continue enhancing its
ease-of-use-focused Internet offerings in the months ahead. “Our goal is
to add the plug-and-play and service location strengths of AppleTalk to the
power and global reach of the Internet,” said Oppenheimer, a co-creator of
the AppleTalk network system. “We feel our in-depth experience with both
AppleTalk and the Internet provides us with a unique set of insights and
knowledge about how to attack this problem.”

Access to Open Door’s AppleShare IP registry can be obtained simply by
pointing any Web browser to http://www.opendoor.com/asip/ . Any
publicly-accessible, Internet-based AppleShare IP file server can be
entered into the registry, and then searched for and accessed by any
Macintosh user with a Web browser and Apple’s new AppleShare client,
version 3.7. Details on AppleShare IP are available at
http://appleshareip.apple.com.

Open Door Networks, Inc., a pioneer in the field of Web publishing for
Macintosh computers, was founded in January, 1995 by Alan Oppenheimer, an
11-year Apple veteran and co-creator of the AppleTalk network system. Open
Door’s mission is to provide Macintosh users with Internet solutions that
are as easy-to-use and as powerful as the Macintosh itself. Open Door
Networks is located in Ashland, Oregon. 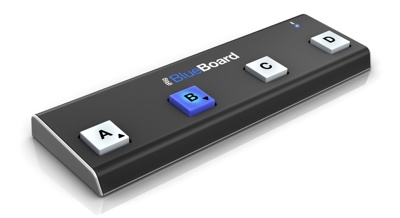