Prelude to Rhapsody Starts at WWDC

CUPERTINO, Calif. – April 29, 1997 – Continuing to build momentum for its
next-generation operating system, code-named Rhapsody, Apple Computer,Inc.
today announced that it will provide all Worldwide Developers Conference
(WWDC) attendees, free of charge, a “Prelude to Rhapsody” software bundle,
which includes the latest versions of OPENSTEP and WebObjects development
tools. These tools will allow developers to begin learning the OPENSTEP
programming environment which is the basis for Rhapsody. They also include
WebObjects, which is Apple’s industry-leading tool for easily creating
powerful and full-featured dynamic web sites.

Apple remains on schedule to deliver a Rhapsody Developer Release later
this year, in preparation for the introduction of customer releases in
1998. Apple’s WWDC is May 13 – 16 at the San Jose Convention Center, San
Jose, California. Details on the conference and registration procedures
can be found at Apple’s Developer World website at:
http://devworld.apple.com/

David Krathwohl, vice president of developer relations at Apple Computer
said, “We felt that the best way to prepare the developer community for
Rhapsody was to provide the current OPENSTEP and WebObjects tools to WWDC
attendees at no additional cost. This special offer will allow developers
to learn about the technologies at the conference, then immediately apply
what they’ve learned by starting to work with the programming environments.
This special WWDC offer helps ensure that when we deliver the Rhapsody
Developer Release later this year, these developers will already have
significant hands-on experience with the tools and APIs.”

Each WWDC attendee will receive a free “Prelude to Rhapsody” shrink-wrap
package which includes:

The software bundle includes a development only, single-user license for
OPENSTEP and WebObjects, not valid for software application deployment.
Details on deployment licensing for products developed with these tools
will be disclosed at the WWDC. Although software in the “Prelude to
Rhapsody” bundle will be Intel-based, the tools and programming environment
will evolve to form the basis of the Rhapsody platform on Power Macintosh
and PowerPC Platform machines.

WWDC This year’s Worldwide Developers Conference (WWDC) will showcase a
wide range of Apple technologies for software and hardware developers –
from an overview of Apple’s upcoming hardware to in-depth sessions on
operating system and multimedia technologies. At WWDC, Apple also plans to
demonstrate an early version of Apple’s next-generation operating system,
code-named Rhapsody, as well as to preview Mac OS 8, a major upgrade to Mac
OS planned for release in July 1997. 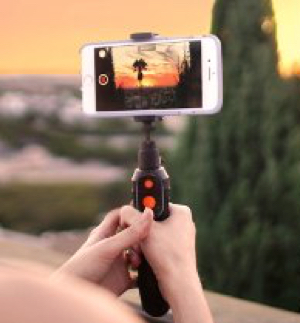