A new generation of Internet-enabled solutions

SAN JOSE, Calif. — A demonstration version of ClarisWorks with OpenDoc
container support will be publicly shown for the first time at the Apple
Worldwide Developers Conference (WWDC) in San Jose, Calif. this week during the
WWDC Keynote Session titled, “Apple’s Internet Strategy.” The demonstration,
incorporating CyberDog from Apple, will give a glimpse of the new generation of
Internet-enabled solutions that ClarisWorks users can look forward to. Parts
such as CyberDog will allow users to integrate updatable World Wide Web content
in ClarisWorks documents.
In February, Claris Corporation announced that the next Macintosh version of
its best-selling ClarisWorks all-in-one software will include OpenDoc container
functionality. A pre-release demonstration version of ClarisWorks that
incorporates OpenDoc container support is included in the Apple OpenDoc
Developer Kit (SDK) released today. This demonstration version is based on
ClarisWorks 4.0, and contains no other new features. The next version of
ClarisWorks is scheduled to ship this year in the U.S. The Apple SDK is
available for developers to download online via the OpenDoc web site
(http://opendoc.apple.com).

Customized solutions
Future ClarisWorks versions will allow users and developers to create
customized solutions by embedding OpenDoc parts within its word processing,
drawing, spreadsheet and database documents, and will provide a widespread and
powerful solutions platform for developers. ClarisWorks will provide an
evolutionary path forward by maintaining seamless, transparent file exchange
across OpenDoc and Macintosh OS and Windows 95 environments.

Extensibility for customers
Users will be able to add OpenDoc parts, from a wide variety of developers, to
ClarisWorks documents, thereby adding new functionality to customize their
ClarisWorks-based solutions. Parts will be integrated as frames in ClarisWorks
documents via Macintosh drag-and-drop or an Insert menu command. As frames
created with OpenDoc parts are activated, ClarisWorks will “arbitrate” its user
interface, displaying the appropriate menu commands and tool palettes for that
part. Existing ClarisWorks functionality, such as text wrap around OpenDoc
frames, will be supported.
For example, users might combine ClarisWorks with parts from other developers
to seamlessly add Internet browsing, intelligent mapping, animation or 3D
rendering functionality to their documents.

A platform for developers
Because ClarisWorks is the most popular software for Macintosh computers (with
sales of well over two million units expected this year), OpenDoc container
support in ClarisWorks will stimulate the creation and adoption of OpenDoc
component software technology. Developers of OpenDoc parts can count on
ClarisWorks as a pervasive platform, with millions of customers able to use
their parts.
The ability to seamlessly add new features to ClarisWorks with OpenDoc parts
will strengthen the product’s role as a leading platform for solutions for
customers in business, education and homes.

Providing painless co-existence and evolution
Future ClarisWorks versions will also encourage OpenDoc adoption by working in
OpenDoc and non-OpenDoc environments and protecting customers’ current hardware
and software investment. A single version of ClarisWorks will support both
OpenDoc and non-OpenDoc environments, on both Macintosh 68K and Power Macintosh
CPUs. This will allow ClarisWorks to maintain its legendary lean design;
non-OpenDoc users will not need additional memory or disk space. File format
transparency will ensure that a ClarisWorks document containing an embedded
OpenDoc part will display that part as a static picture when used on a
Macintosh system without OpenDoc, or even on Windows 95.

“Claris will add container support to ClarisWorks to extend the appeal of
ClarisWorks, to enable more customized solutions and to create opportunities
for OpenDoc developers and users,” said Guerrino De Luca, Claris president. “We
view OpenDoc as an important technology that will change the way our industry
builds, uses and deploys software, and Claris is exploring more opportunities
to add OpenDoc capabilities to our products.”

Customer and analyst comments
“Motorola adopted ClarisWorks as a key component of our desktop productivity
strategy, and the ability to deploy solutions customized to our business
processes, such as data access and intranet communications, is critical,” said
Rick Yborra, Motorola director of world marketing information solutions. “We
anticipate that our more than 1,000 ClarisWorks users will naturally demand
even greater capability to solve their day-to-day business problems. OpenDoc
container support will let us extend the capability of ClarisWorks to meet our
needs for customized individual and organizational solutions.”

“ClarisWorks’ strong market position will provide a broad, familiar foundation
that will become richly extensible for OpenDoc parts developers and customers
alike,” said Pieter Hartsook, editor of The Hartsook Letter, an Internet-based
Macintosh market research publication. “This is a great example of how leading
Macintosh developers should use OpenDoc to help their customers reap real
benefits from component software.”

“ClarisWorks is a highly efficient platform for many purposes, and OpenDoc
container support will extend ClarisWorks’ appeal to commercial and in-house
developers,” said Chris LeTocq, Dataquest director of software research.
“ClarisWorks with OpenDoc supplies a tight, highly integrated productivity
platform with a large installed base, a ready market for developers and an
efficient productivity platform for organizations.”
Claris Corporation is the world’s largest vendor of software for the Macintosh
computer based on units shipped, and is among the eight largest worldwide
vendors of applications software for all personal computers. Claris is a leader
in software for business, education and home, and has headquarters in Santa
Clara, Calif.
Learn more about Claris on its home page on the World Wide Web:
http://www.claris.com.

### (c) 1996 Claris Corporation. All rights reserved. Claris and
ClarisWorks are registered trademarks of Claris Corporation. Apple, Macintosh,
OpenDoc, and Power Macintosh are registered trademarks, and Power Mac is a
trademark, of Apple Computer, Inc. All other trademarks are the property of
their respective owners. ClarisWorks best-seller claim is based on total
purchased units (licensed copies) worldwide of integrated (Works) software
applications for Macintosh. 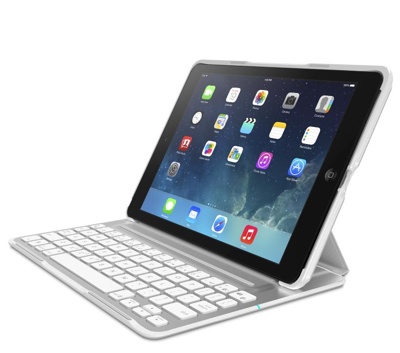 [MD1] CodeWarrior for PalmPilot and WorkPad