Clearly, Word is the most used application in the Office Suite. Overall, the application is snappier. Specifically, however, we wanted to see how the application launched, opened and saved files, and did some of the more intensive activities.

As you can see from Figure 3, Word 2011 is faster in particular on the native XML file formats (.docx). The documents used for the test were real world sized, but on the larger side so that we could get quality test results. We didn’t test .docx in Word 2004 since it’s not natively supported within the application. 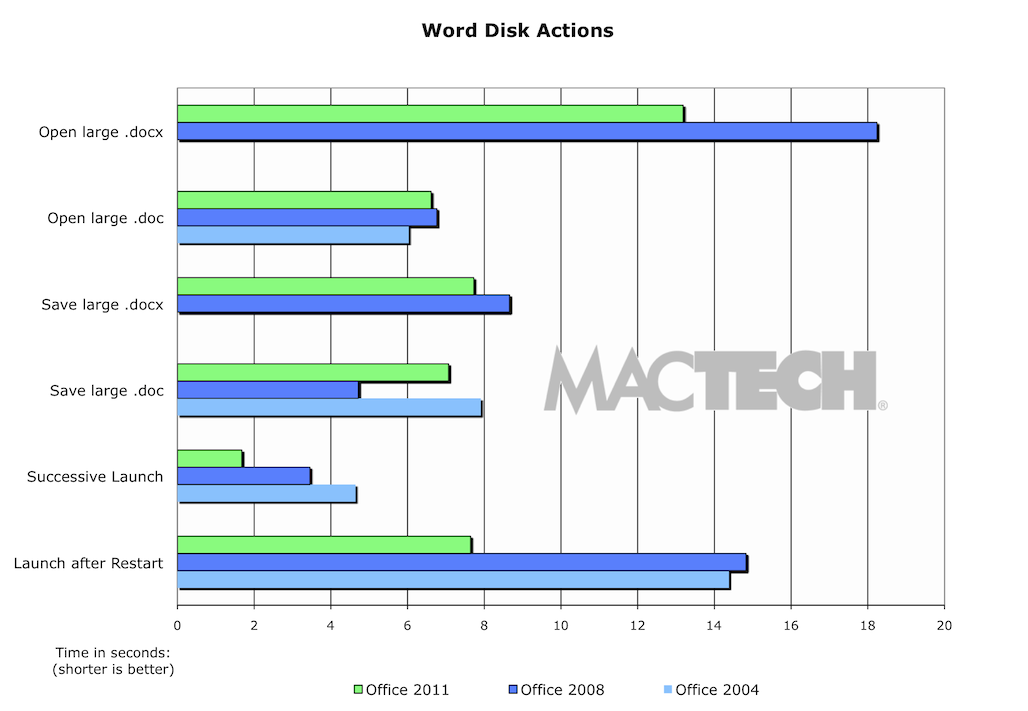 Particularly impressive is how much faster Find and Replace, and Word Count are, particularly in contrast to Word 2004. It’s clear, however, that Word 2011 works on these two commands in a much different way with some indexing (Word says it’s “formatting the document”). And, once it’s indexed, 2011 is even faster.

Of all the Microsoft Office applications, the most noticeable difference to us was in Excel. There are some tests that ran so much faster in Excel that we doubted the results, and re-ran them to be sure. Like Word, and the other apps, launching is considerably faster. A couple of things like subtotals and zooming are slower, but in reality in both 2011 and 2008, they were really too fast to do a good job with timing (note: these are around one to two seconds). 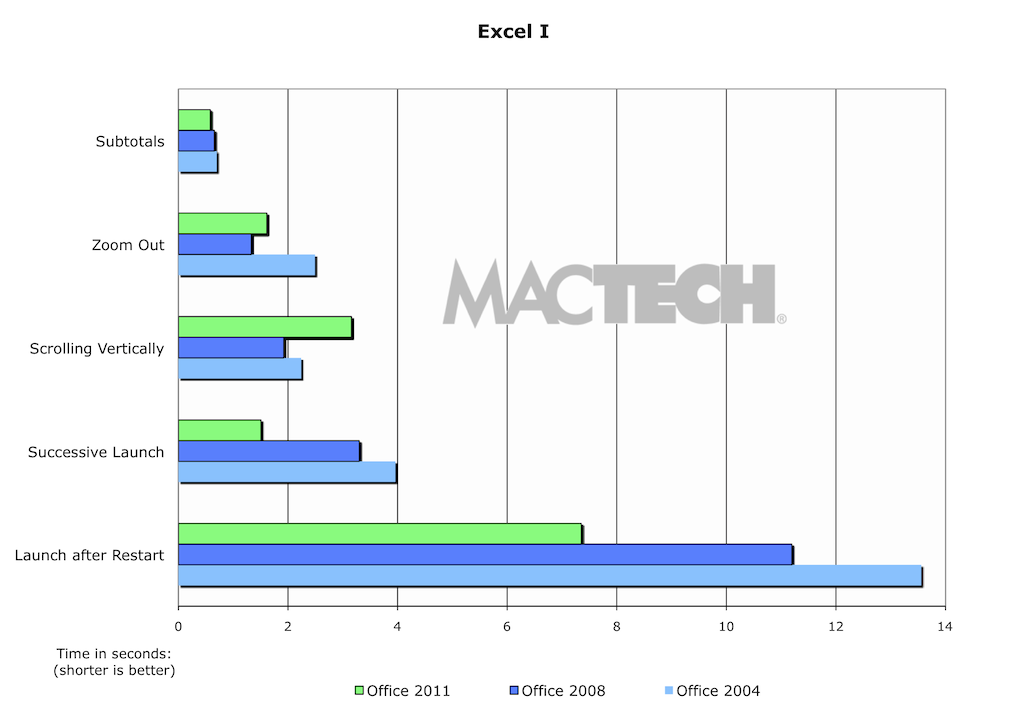 In some of the more important areas, such as subtotals, it was faster. In the case of fill range and charting…wow…so much faster it’s not even in the same order of magnitude. For anyone doing complex charting in Excel 2004 or 2008, run, don’t walk to get the upgrade.

If we tested via the Wizard (2008 and 2004), we didn’t include the time it took to answer the Wizard’s questions to create the chart. As such, 2011 was even faster than what’s shown in Figure 6. Furthermore, we found that closing a file in 2004 after creating these complex charts took forever, and this too was not included in the results.