Yesterday Apple unveiled its new M2 Pro and M2 Max chips that feature a more powerful CPU and GPU and have up to 96GB of unified memory. They also include Apple’s next-generation Secure Enclave, a hardware-based key manager that’s isolated from the main processor to provide an extra layer of security.

IDC revealed earlier this year that Macs had reached 23% share in US enterprises and these chips are likely to propel the momentum of Mac adoption in the enterprise even further.

Jamf CEO, Dean Hager, and the company’s vice president of Portfolio Strategy, Michael Covington believe these new chips not only improve security, but also that their release foreshadows a huge boom in Mac adoption on the other side of the economic turmoil the world is currently experiencing.

Here are their thoughts:

With Apple’s continued innovation with yesterday’s Mac lineup featuring M2, and ‘work anywhere’ here to stay, I expect a huge Mac boom on the other side of our global economic slowdown.

Let’s flash back to 2019. In that year, Apple Mac represented 6.6% share of all “PCs” shipped that year according to IDC. Then, in early 2020 the pandemic hit, and working from home accelerated the consumerization of IT, which drives Apple at work. In late 2020, Apple launched the Mac with M1, bringing the price-performance ratio for Mac on par or ahead of its Windows counterparts.

By the end of 2020, Mac units grew twice as fast as the Windows PC industry. In 2021, Mac continued to significantly outpace Windows growth. Now, with 2022 in our rear-view window, we see that over the past three years:

Furthermore, in 2022, the Mac has finally reached double-digit market share, accounting for 10.8% of all PC shipments worldwide. In the US, the share gain is even more pronounced. According to Gartner, Mac accounted for over 17% of US PC shipments in Q4.

Again – with Apple’s continued innovation with M2, employees choosing Mac more than ever before, and with the ‘work anywhere’ movement here to stay – I continue to predict that Apple will be the primary ecosystem of enterprise by the end of this decade.

These latest hardware innovations from Apple showcase the need for layered defenses that work in tandem, delivering an optimal mix of security and performance aimed at satisfying the needs of both end users and the organization’s information security team.

The added security on M2 Pro and M2 Max help establish a root of trust on the device that can be extended up through software, providing secure key storage using encryption that is efficiently implemented in hardware, reducing battery drain while also providing more robust protection for these sensitive credentials. 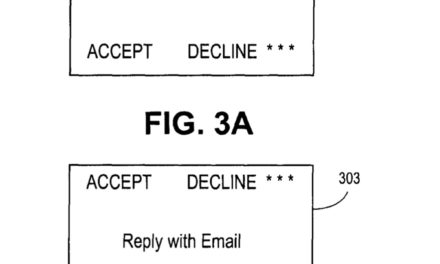