Apple News Items You Should Check out: Sept. 6

° From the New York Times: Apple plans to release a new Apple Watch model on the way that is “cheaper than the Apple Watch SE.”

° From the Financial Times: Apple plans to nearly double the workforce in its fast-growing digital advertising business less than 18 months after it introduced sweeping privacy changes that hobbled its bigger rivals in the lucrative industry.

° From 9to5Mac: Leaked third-party cases suggested that the Apple Watch Pro design would include an additional button, on the opposite side to the existing Digital Crown and side button – and this is now backed by a claimed CAD render.

° From MacRumors: New images of an iPhone 14 Pro case fitted on an iPhone 13 Pro have given us our best look yet at expected design changes on Apple’s upcoming high-end iPhone, specifically changes to the camera lens, the flash, and the LiDAR scanner.

° From Cult of Mac: Alleged CAD renders of the AirPods Pro 2 charging case have appeared. They show an opening for a lanyard attachment as well as speaker holes that could make misplaced AirPods Pro easier to locate.

° From Vice: Hackers created a traffic jam in Moscow last week by ordering dozens of taxis from the ride-hailing app Yandex Taxi to converge on the same location in one of the first known instances of attackers using an app-based taxi company to create chaos on the roads. 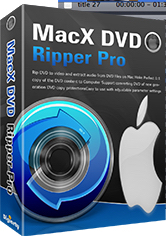