The tablet market in China recorded 4% growth as the lockdown in the second quarter again boosted demand for online learning, according to a Canalys report. However, it was a mixture of good and bad news for the iPad.

Hit hard by production disruption, Apple suffered a 19% year-on-year decline and its tablet market share dropped to 24%, reports Canalys. Huawei held onto second place despite supply constraints, thanks to a solid and loyal user base in its home market. Lenovo recovered its market position with a 145% sequential increase in shipments. Xiaomi and HONOR completed the top five, with 8% and 7% shares respectively.

“Demand for tablets grew in Q2, thanks to the mass adoption of online learning among children and college students during the lockdown,” says Canalys Analyst Emma Xu. “Top vendors, such as Huawei and Apple, are pushing new features, such as bigger and eye-protective screens, pens and cross-device interoperability features to improve productivity. While chipset constraints limit Huawei’s position, vendors such as Xiaomi and HONOR see opportunities to compete at the low end with similar value propositions.”

CoSoSys releases My Endpoint Protector for the Mac 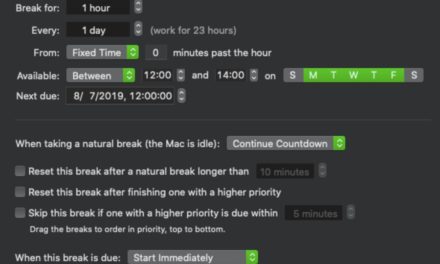 Notable apps and updates: May 26