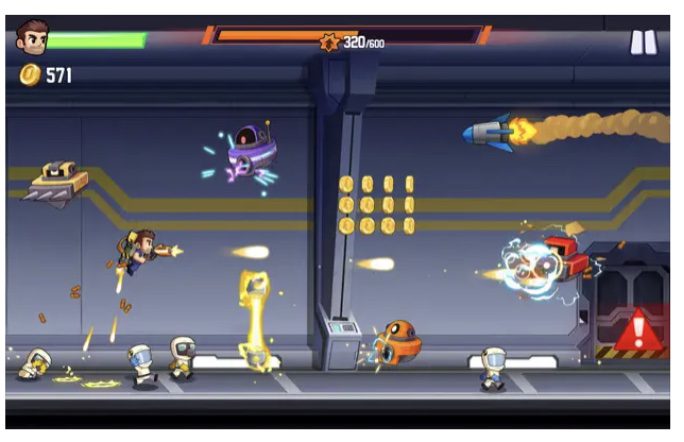 Jetpack Joyride 2 is now available on Apple Arcade, Apple’s U.S.$4.99/month or $49.99/year game streaming service that has over 200 games. Apple Arcade is also available as part of the Apple One bundle.

The game is available for the iPhone, iPad, Mac, and or Apple TV set-top box.

Here’s how Jetpack Joyride 2 is described: Barry returns in a frantic adventure! In this case, he will have new equipment and weapons to fight new enemies and make his way through the laboratory to stop the scientists’ experiments before it is too late. The evolved adventure of Jetpack Joyride with new HD graphics, new animations, new mechanics and a new way of playing.

Jetpack Joyride 2is a single-player game for ages 9 and older. It has gamepad support.

Rixtag for macOS revved to version 2.4

Post.Office Is Alive And Well On Mac OS X