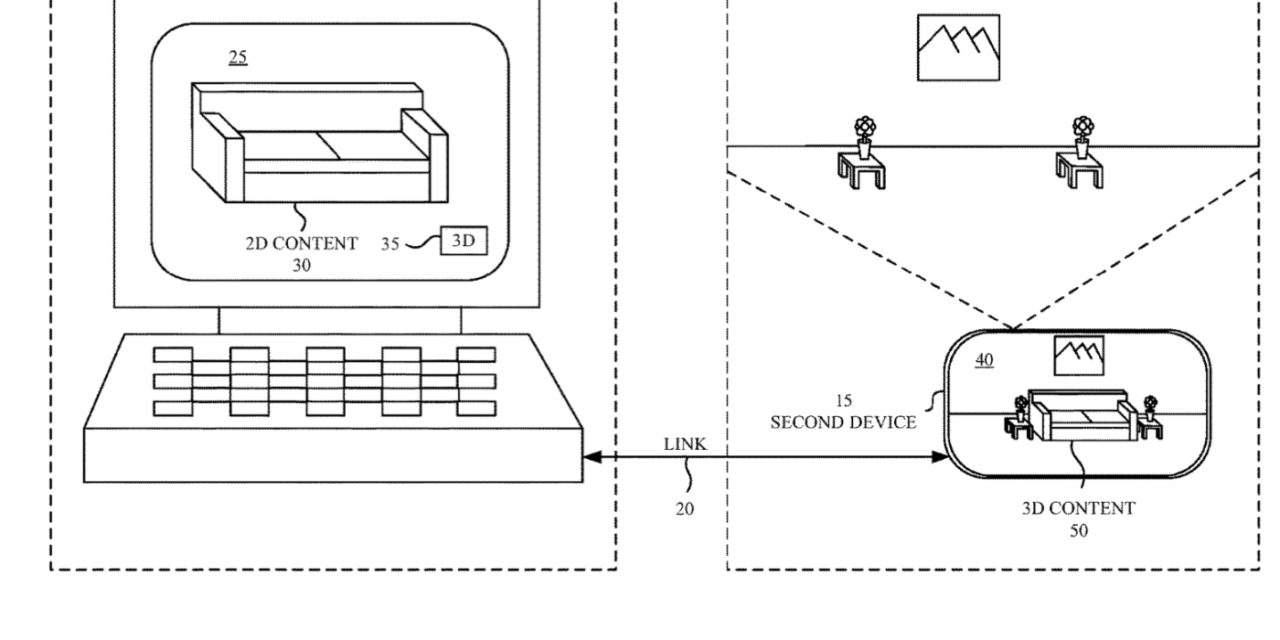 Apple has been granted a patent for the “detection and display of mixed 2D/2D content.” It involves, among other things, the rumored “Apple Glasses,” an augmented reality/virtual reality head-mounted display (HMD).

The patent relates to displaying two dimensional (2D) and three dimensional (3D) content, and in particular, to systems, methods, and devices for sharing and displaying 2D and 3D content.

In the patent Apple notes that electronic devices have different capabilities with respect to viewing and interacting with electronic content. For example, many desktops and laptops utilize single flat screen displays that are generally well suited for viewing 2D content while the devices are resting in fixed positions on desks and other flat surfaces. Traditional webpages include 2D content that is easily viewed on such devices.

As the user walks around and tilts the phone, he or she can view the 3D content from different relative positions and angles. As another example, some devices, such as HMDs, include multiple screens that provide the ability for stereoscopic rendering of 3D content. This can allow a user to better perceive depth when viewing 3D content.

Apple says that existing techniques and systems “do not adequately facilitate the distribution, viewing, and sharing of 2D and 3D content to enable the effective and intuitive use of the differing capabilities of these electronic devices.” The company wants to do better with Apple Glasses working in tandem with iPhones, iPads, and Macs.

Worldwide production printer shipments grow 7.5% in the first quarter of 2015 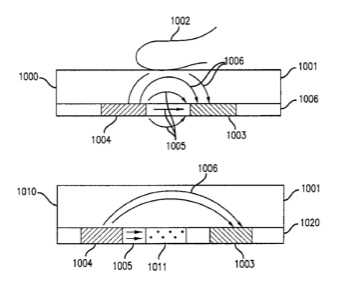