News items you should check out: Jan. 11

° From 9to5Mac: The laptop component shortage is beginning to ease, according to a new report today, but high demand sees 14- and 16-inch MacBook Pro shipping times currently sitting at around three to four weeks.

° From the Apple Newsroom webpage: Apple tells us about how its services enrich folks’ lives throughout the year.

° From Macworld: Just days after unveiling a new Android campaign that borrows heavily from Apple’s strategy, Google is lashing out at Apple over its green and blue message bubbles.

° From Nikkei Asia: Apple reps presented schematics for an Apple Car to Japanese auto makers in 2020.

° From AppleInsider: Peru’s Interbank appeared to be the latest bank to support Apple Pay — before it pulled all signs of the announcement.

°° From Entertainment Weekly: EW has your exclusive first look at Apple Original Films and A24‘s adaptation of Jandy Nelson’s best-selling YA novel about 17-year-old Lennie Walker (Grace Kaufman), a radiant musical prodigy who is struggling after the sudden loss of her older sister Bailey (Havana Rose Liu).

° From BBC News: Virgin Mobile and O2 phone users will not face roaming charges following announcements by other networks to reintroduce extra fees after Brexit.

° DigiTimes: Shipments from supply chain partners for Apple devices are expected to remain in high gear through at least Chinese New Year holiday in early February, as buying sentiment for iPhones, MacBook Pro and iPads launched in the second half of 2021 remains strong. (A subscription is required to read the entire article).

° From MacVoices: The new episode is the first CES Briefing in which host Chuck Joiner looks at the first set of products and announcements that caught his attention. 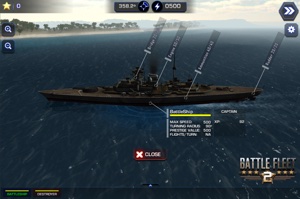