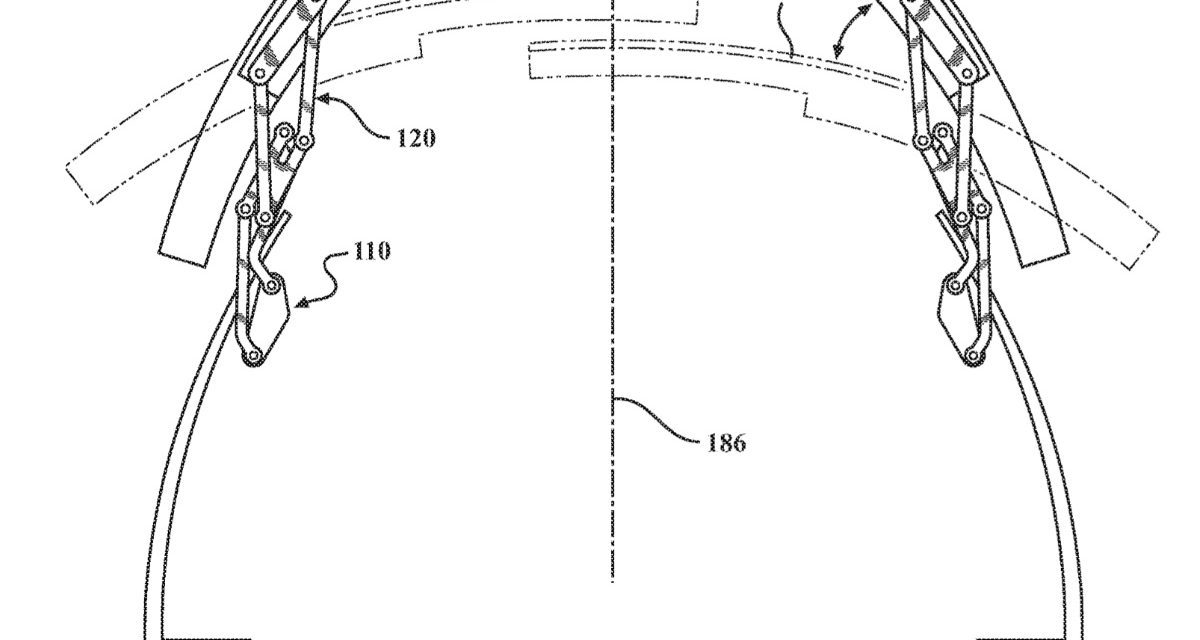 Let the Apple Car rumors roll on. Apple has been granted a patent (number 11,214,997) for a “multi-linkage vehicle door hinge.”

Typical passenger vehicle doors open and close by pivoting around a generally vertical hinge axis. Alternative door opening and closing movements have been utilized in some vehicles. Examples include gull-wing doors that are hinged along a generally horizontal axis at the roofline of the vehicle and may include two pivotally-related door panels, and scissor doors that rotate vertically at a fixed hinge at the front of the door opening.

Apple says that adoption of alternative door opening and closing movements has been limited, due to the lateral space needed to open the door, and/or due to the mechanical complexity of the door hinge and associated structure.

Apple’s idea is for a multi-linkage vehicle door hinge and door hinge that uses two connected four bar linkages and a coupler” to provide a door panel path of travel and a door panel movement envelope that is substantially parallel and close to the exterior surface of the vehicle. The geometric positioning and articulation of the two four bar links helps facilitate a compact design, a narrow door panel movement envelope, and increased door lift height for maximum use of the door opening for ease of entering and exiting the passenger cabin.

U.K. broadband households not doing a lot of cable cutting 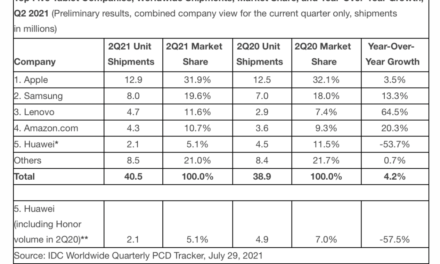 Apple’s iPad now has 31.9% of the global tablet market