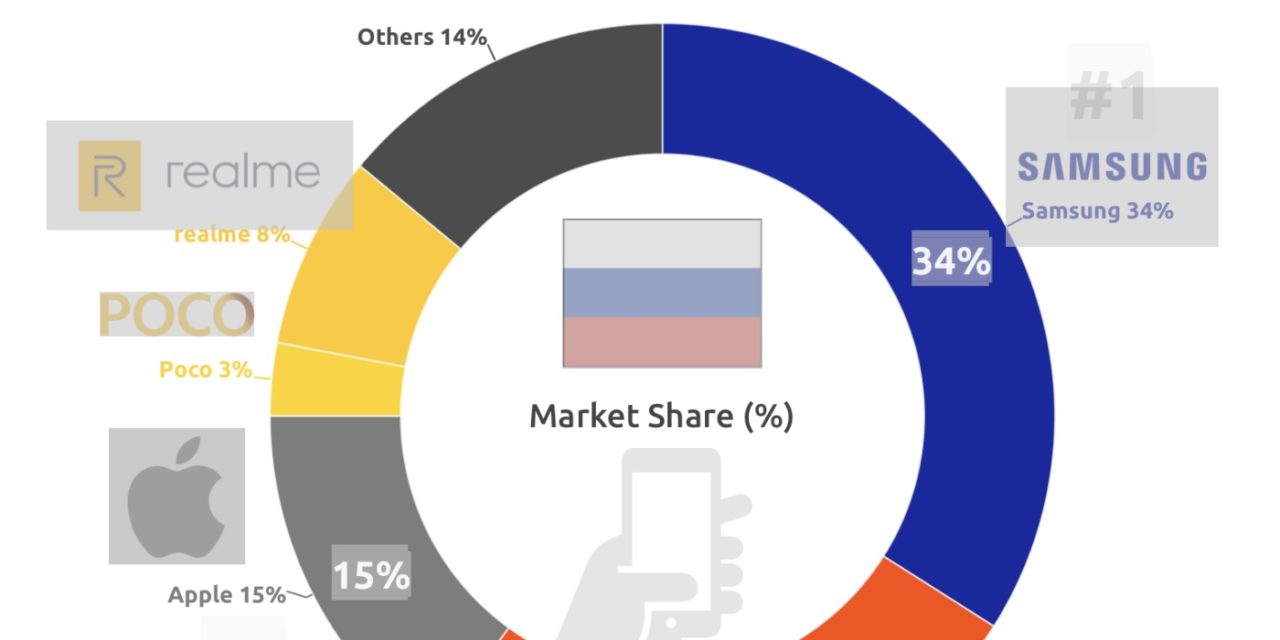 Despite Apple dominating other global markets with the iPhone brand, the company is trailing in Russia, but some regions continue to show high interest in the company’s products. Most consumers in the country are, however, showing a preference for Asian smartphone brands.

Data presented by Burga — a company that makes mobile device accessories — indicates that Samsung is the most popular smartphone brand in Russia, with a market share of 34% as of quarter three (Q3) 2021. China-based Xiaomi ranks second with a share of 26%.

Apple comes in a distant third with a share of 15% more than half compared to Samsung. Elsewhere, Realme, also from China, is the fourth largest smartphone brand in Russia at 8%, followed by Poco at 3%.

Elsewhere, despite Apple recording a low market share in Russian, several regions are registering a high interest in the company’s latest device, iPhone 13, according to Burga.

As of Dec. 19,, Google search for the keyword ”iPhone 13” attained peak popularity of 100 in Moscow. In Sakhalin Oblast, the phrase has a score of 83 to rank second, while Moskovsky is third with the same score. Saint Petersburg is fourth with a popularity score of 80, followed by Kabardino-Balkaria at 70.

“Worth noting is that the reception of American brands in Russia has been impacted by the perennial tensions between the countries, a factor likely affecting Apple” per the Burga report. “A significant topic of contention involves privacy issues, with the U.S. accusing Russia of sponsoring hackers to infiltrate state agencies. In this line, Apple has opposed the government’s directive on selling devices with pre-installed Russian applications in it. Apple believes the move defeats the company’s stand on observing user privacy.”