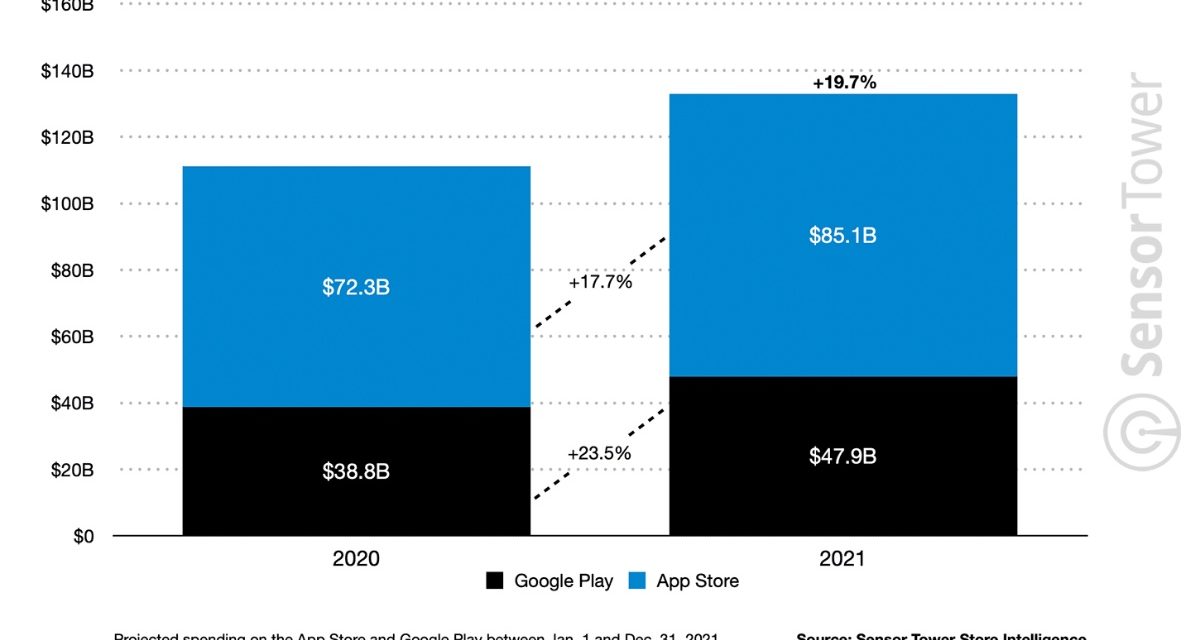 After the boom in adoption and spending for both mobile games and non-game apps in 2020, market trends began normalizing in 2021 as worldwide consumer spending is projected to reach approximately US$133 billion on in-app purchases, premium apps, and subscriptions across the App Store and Google Play, according to Sensor Tower Store Intelligence data.

Globally, consumer spending on the App Store will reach $85.1 billion, up 17.7% Y/Y from $72.3 billion in 2020. Although users have spent less on Google Play, that platform will see more Y/Y growth, climbing 23.5% to $47.9 billion from $38.8 billion. The two platforms’ spending relative to each other remains the same as in 2020, with the App Store seeing about 1.8 times the revenue as Google’s marketplace.