News items you should check out: Dec. 7

° From MacRumors: The SD card reader slot on the new 14 and 16-inch MacBook Pro models is not functioning as expected with some SD cards, according to multiple reports on the MacRumors forums.

° From 9to5Mac: With the holiday season finally here, Apple is back with an Easter egg on the Apple Store app. After unveiling it for the first time in 2017, users can get a little bit of Christmas magic this year too when typing “let it snow” on the app.

° From AppleInsider: Demand for Apple’s iPhone 13 range is still healthy 12 weeks after release, analysts claim, citing lead times for all models getting longer after weeks of remaining relatively static.

° From The MacObserver: In a new Christmas trailer, Apple TV+ suggests shows and films that it recommends for viewers over the festive period. The content featured includes Swansong, The Morning Show, Ted Lasso, and, of course, A Charlie Brown Christmas. All this content is available to subscribers now or will be becoming available shortly.

° From iMore: The Apple Music Awards 2021 winners have been announced, but the celebrations are just getting started. Apple Music has shared a new teaser.

° From Digital Spy: Dickinson creator Alena Smith has spoken exclusively to Digital Spy about the show’s unexpected time travel twist in the third and final season.° From The Information: As the U.S. government tries to put together an antitrust case against Apple for the way it controls iPhones, prosecutors are looking for instances in which the company is unevenly enforcing rules for app developers in ways that could hurt its potential rivals. 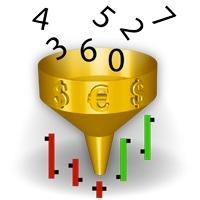