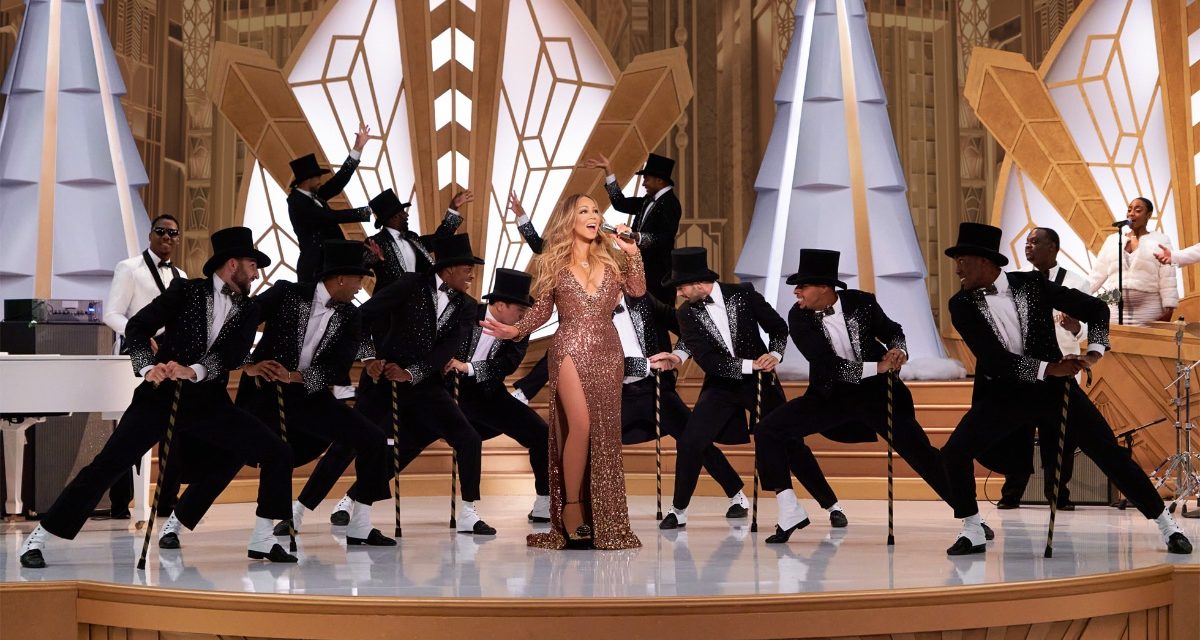 “Mariah’s Christmas: The Magic Continues” debuts today on Apple TV+. The special will reveal the first and only performance of Carey’s new single, “Fall in Love at Christmas,” on Apple TV+.

She’s joined by Khalid and Kirk Franklin. “The Queen of Christmas” will also ring in the holidays with a new rendition of fan favorite, “Christmas (Baby Please Come Home).”Mariah’s Christmas: The Magic Continues” will feature an exclusive interview with Apple Music’s Zane Lowe and Carey, along with her 10-year-old twins, son Moroccan and daughter Monroe, as they share favorite holiday moments. Carey celebrates her holiday classic, “All I Want For Christmas Is You.”

The holiday event is executive produced by Carey, along with Tim Case, Charleen Manca and Matthew Turke of Supply & Demand, and directed by Joseph Kahn, a world-renowned director of music videos and films (“Bodied,” “Detention,” “Torque”), who also serves as executive producer on the special.