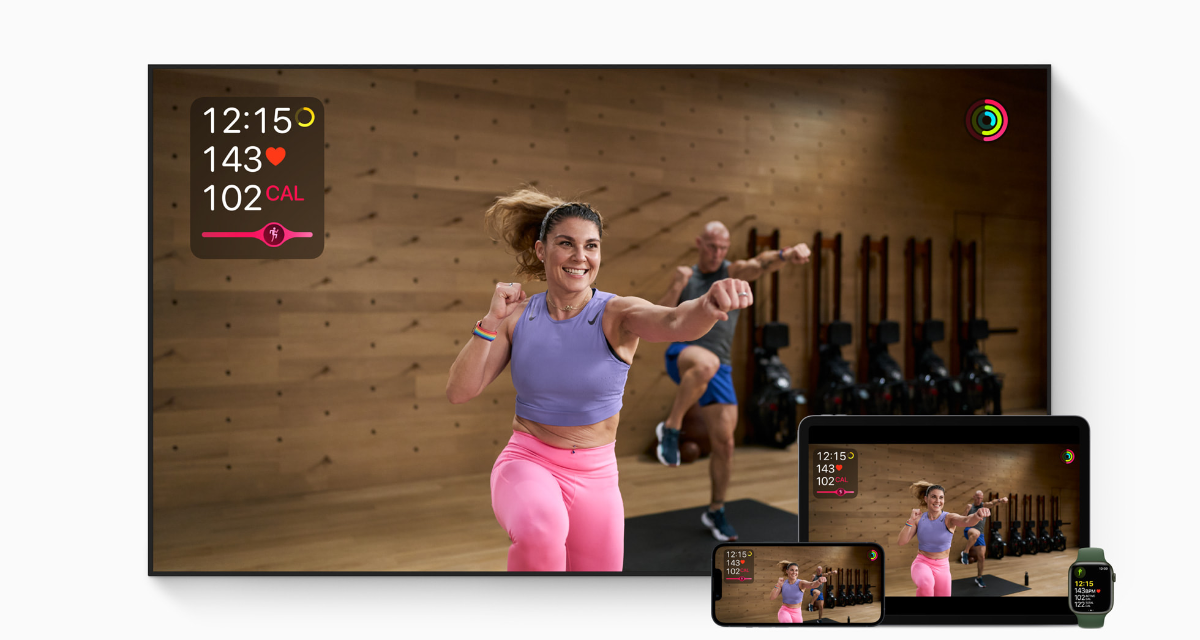 Fitness+ is also introducing a new program — Workouts to Get Ready for Snow Season — featuring and designed with two-time Olympic gold medalist and five-time world champion skier Ted Ligety, along with Fitness+ trainer Anja Garcia. Inspired by winter sports, Apple says the program will help build strength, balance, and endurance so users can have more fun on the slopes, all the way to the last run.

Later this fall, Fitness+ will introduce Group Workouts with SharePlay, where users can work out with up to 32 people at once to keep each other motivated. And later this year, Fitness+ will be available in 15 new countries with the addition of Austria, Brazil, Colombia, France, Germany, Indonesia, Italy, Malaysia, Mexico, Portugal, Russia, Saudi Arabia, Spain, Switzerland, and the United Arab Emirates. Fitness+ will be available in English with subtitles in six languages, so more people can experience the workouts led by a diverse and inclusive team of trainers whose approach is tailored to every body at every fitness level.

Fitness+ is available as a subscription service for $9.99 per month or $79.99 per year. It can be shared among up to six family members for the same price.

Fitness+ is included in the Apple One Premier plan, which, where available, also gives customers access to Apple Music, Apple TV+, Apple Arcade, Apple News+, and 2TB of iCloud storage for $29.95 per month, and can be shared among up to six family members.

iMarkMySpot is new digital photo geotagging app for the iPhone