Apple TV+ will be the new home for the ‘Yo Gabba Gabba!’ kids series

Apple TV+ has teamed with WildBrain to become the new home for “Yo Gabba Gabba!,” including a brand-new original series, comprising 20 half-hour episodes, and the entire “Yo Gabba Gabba!” series and specials, reports Yahoo! Finance.

The new series will be produced in partnership and collaboration with WildBrain and Yo Gabba Gabba LLC, co-owners of the IP. “Yo Gabba Gabba!” follows a previously announced partnership with Apple and WildBrain, along with Peanuts Worldwide and Lee Mendelson Film Productions, to make Apple TV+ the home for all things Peanuts.

About ‘Yo Gabba Gabba!’

Each episode addresses a single topic through songs and short storylines. The show also teaches children life and social skills, such as sharing. 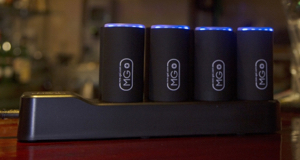