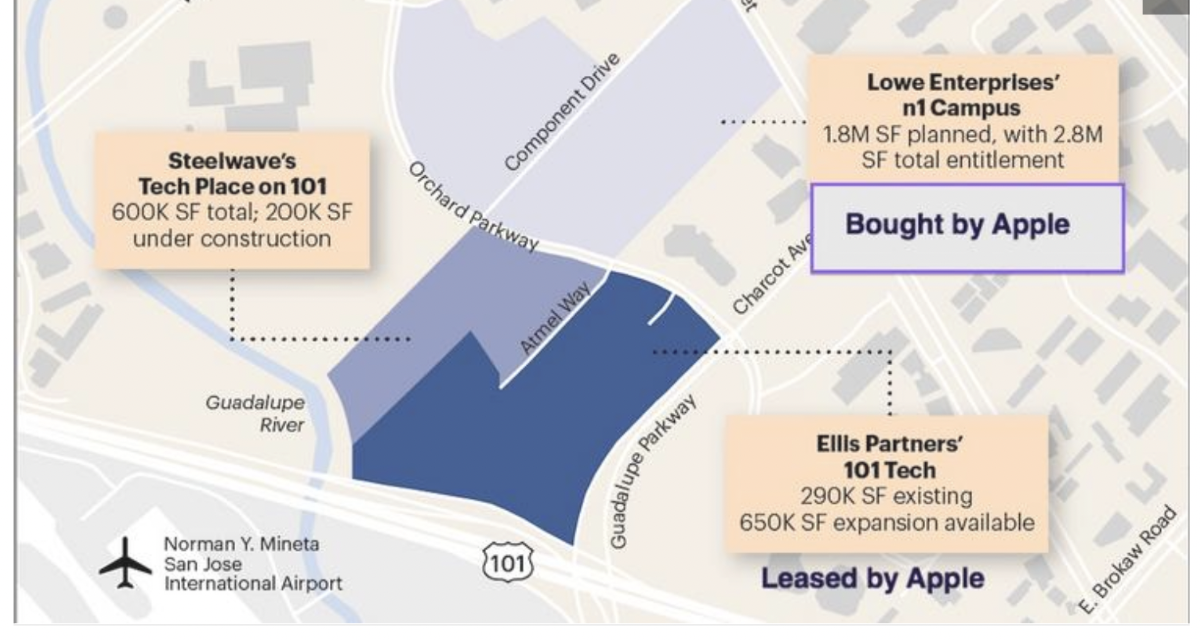 With less than four weeks to go before the City of San Jose, California, must submit its plans to remove hundreds of homeless encampments near the Mineta San Jose Airport, some of the airport inhabitants have begun moving to an even larger site nearby, owned by Apple, according to KPIX 5.

The report says that, as the city began “enhanced cleanup” at the airport last week, some inhabitants (estimated to be between 200 and 500) have begun moving from the airport to the Apple property, about three miles away. The Apple-owned parcels total about 55 acres.

There are at least 30 people at the Apple encampments according to Shipman, many with sprawling amounts of trash, debris, RVs, tents, and vehicles. Some folks think that, since Apple isn’t using the property right now, that at the homeless inhabitants shouldn’t be removed just yet. Others think they should be forced to leave.

The land was purchased by Apple in 2015 for just over US$138 million. No one knows what the tech giant has planned for the property. However, the Silicon Valley Business Journal has speculated it could eventually be the home of an 1.8-million square foot campus that could hold more than 14,000 workers.

The accompanying image is courtesy of “The Silicon Valley Business Journal.”