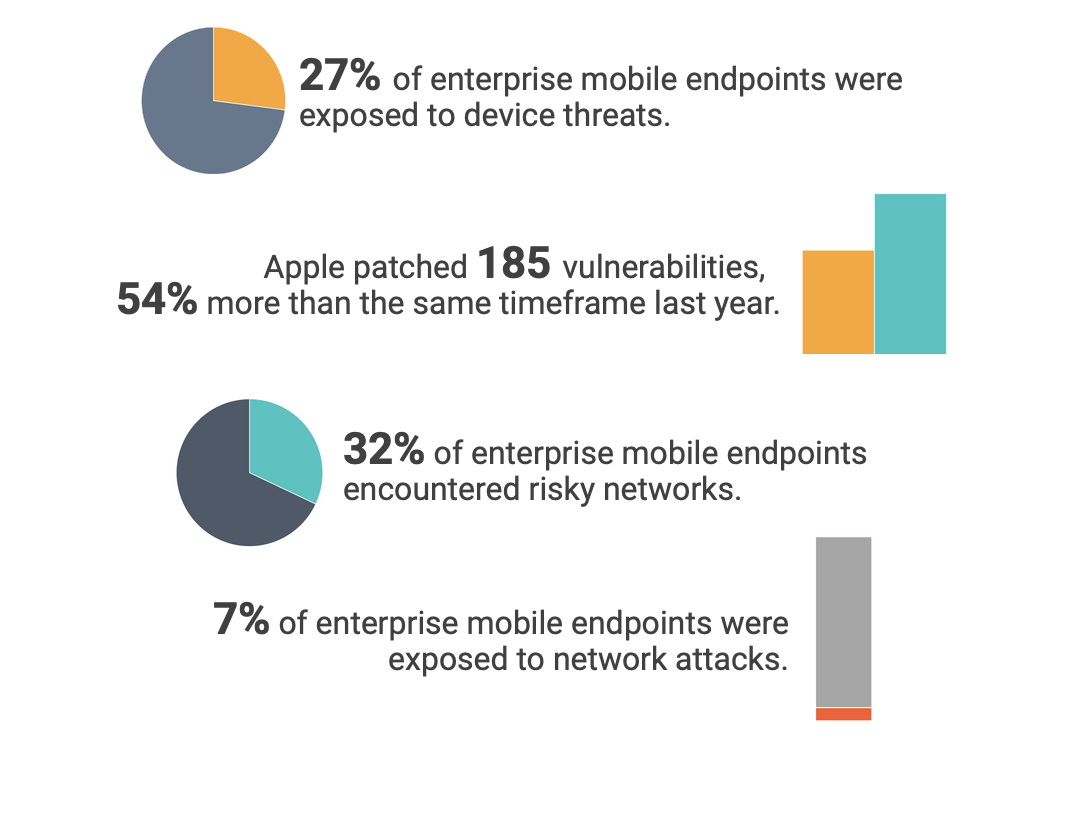 According to data and research from Zimperium’s “State of Mobile Enterprise Security” Report for the first half of 2019, it is no longer a matter of if or when an enterprise’s mobile endpoints will be compromised. They already are and most organizations have little to no knowledge or visibility of the compromise.

The report contains data from more than 45 million anonymized endpoints across hundreds of customers. Key takeaways from the report include:

“Our research shows that every organization that has protected its mobile endpoints with Zimperium has detected threats and attacks,” said Jon Paterson, chief strategy officer at Zimperium. “As attackers continue to get more creative and take advantage of the lack of mobile security/visibility, mobile threats and attacks are increasing in both quantity and impact.”