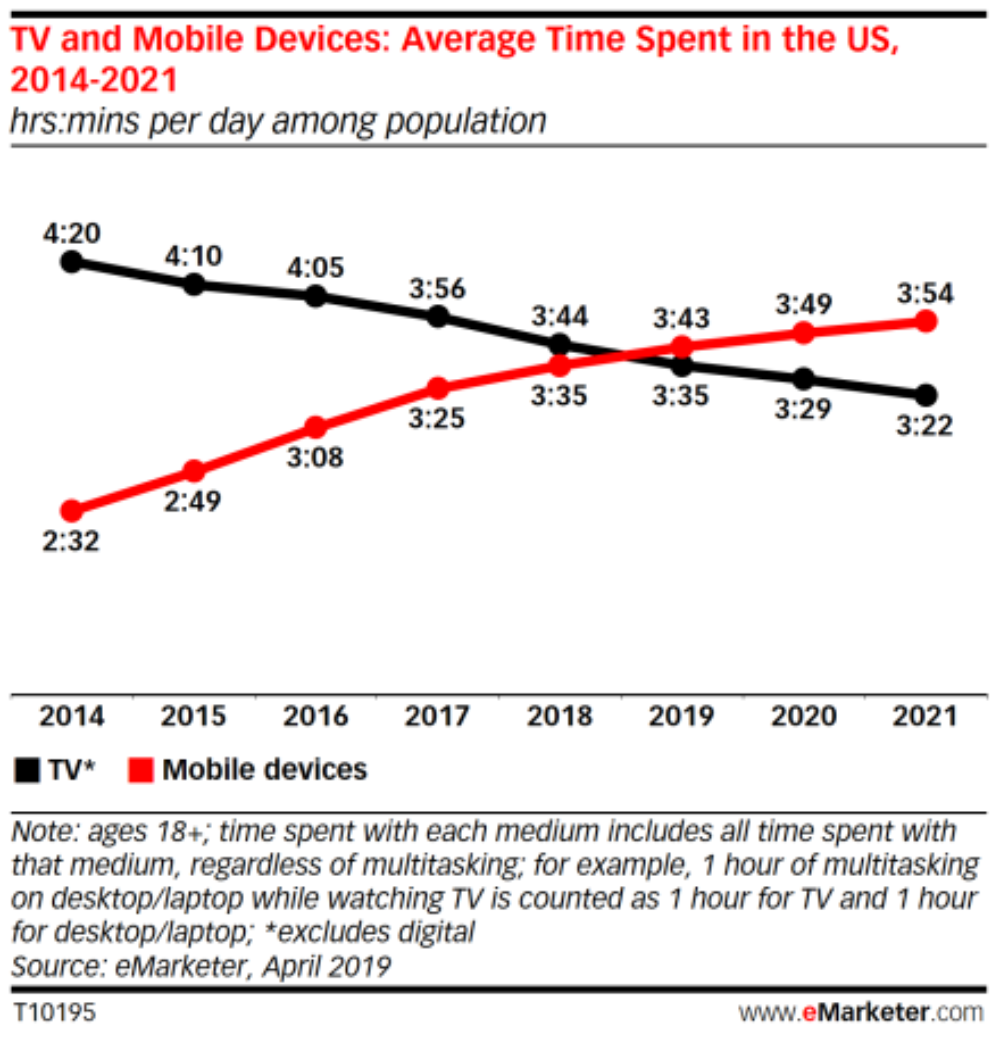 This year, for the first time, U.S. adults will spend more time using their mobile devices than they will spend watching TV, with smartphone use dominating mobile time, according to the eMarketer research group.

“We’ve expected that mobile would overtake TV for a while, but seeing it happen is still surprising,” said eMarketer principal analyst Yoram Wurmser. “As recently as 2014, the average U.S. adult watched TV nearly two hours longer than they spent on mobile devices.”

Seventy percent of U.S. adults’ mobile time will be spent on smartphones, reaching 2:33 this year, a 9-minute increase over 2018. Smartphone usage will continue to account for most of their mobile consumption—but we also predict growth will slow, increasing by just 3.4% in 2021.

Despite declining time spent watching TV, the news is not all bad for broadcast and cable networks. Digital video time, which includes streaming video via any device (excluding video on social networks), is essentially directly replacing traditional TV time. Adults’ TV time will drop nine minutes this year, while digital video will jump by eight minutes. In 2020, TV time will drop another six minutes, and video time will increase by six minutes.

“While time spent watching traditional TV is declining, the networks already monetize their content that is viewed on OTT [over-the-top] services like Netflix or Hulu,” said eMarketer forecasting analyst Eric Haggstrom. “Soon-to-be-released streaming services from Disney, WarnerMedia and NBCU may allow them to monetize their content more effectively. Whether or not these services gain traction and replace lost audiences remains to be seen.”

Just over 40% of US adults’ daily digital video viewing is done on mobile devices—40 minutes this year and growing—although video is only the third-biggest driver of growth in mobile app engagement. The mobile app activity taking up the most time is listening to digital audio (53 minutes per day), followed by social networking (43 minutes per day). 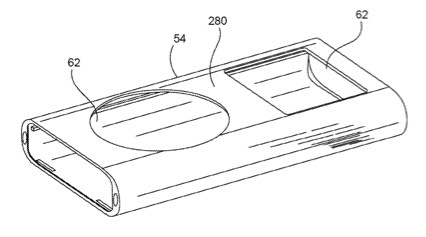