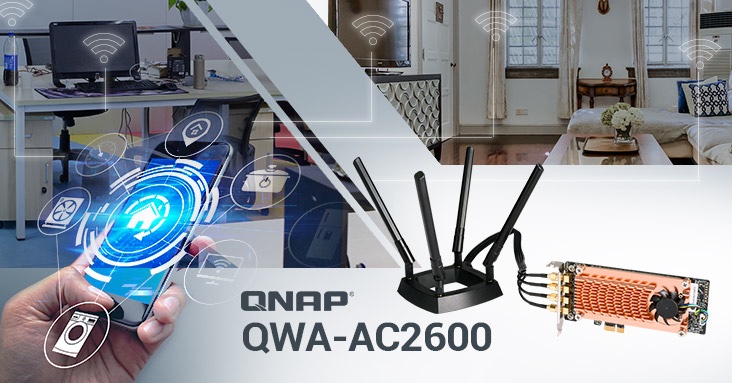 It’s a 2.4/5 GHz dual band dual concurrent (DBDC), 4 x 4 multi-user MIMO (MU-MIMO) PCI Express (PCIe) wireless adapter, equipped with two Qualcomm QCA9984 NICs, that supports speeds up to 2533 Mbps. The QWA-AC2600 can be used with Ubuntu/Linux PCs or QNAP NAS to set up wireless access points or base stations for other wireless devices to directly access data inside it, while offloading traffic from the primary wireless base station. Ideal scenarios include IoT (Internet of Things) developments, video surveillance and more.

The QWA-AC2600 can be used on QNAP NAS with the WirelessAP Station app and the Network and Virtual Switch app can be used to enable advanced features such as DHCP and NAT. For more info, go to www.qnap.com.

24U Promoted to Platinum Level of FBA