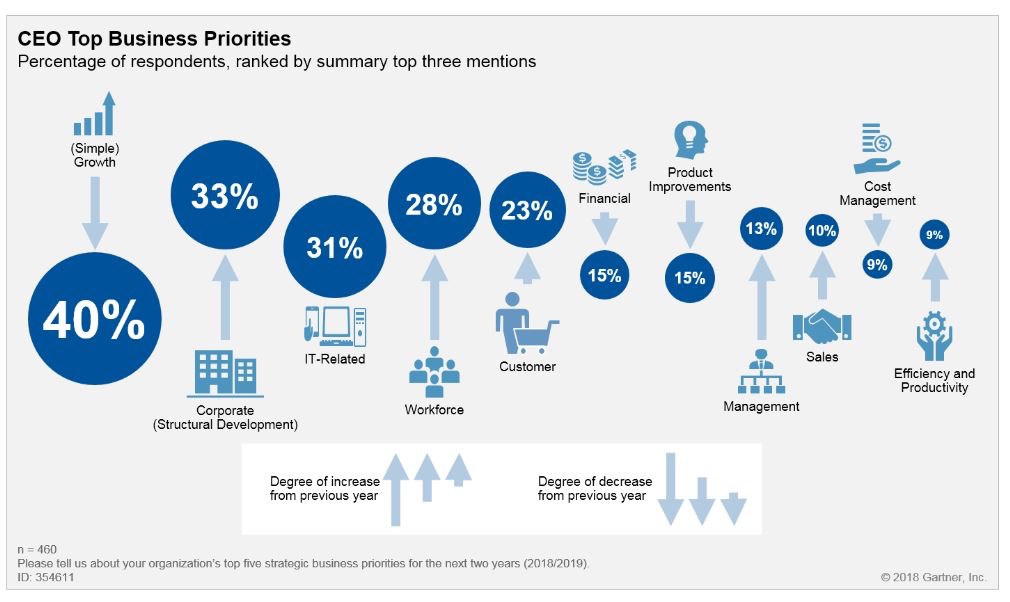 Growth tops the list of CEO business priorities in 2018 and 2019, according to a recent survey of CEOs and senior executives by Gartner, Inc. (www.gartner.com). However, the survey found that as simple, implemental growth becomes harder to achieve, CEOs are concentrating on changing and upgrading the structure of their companies, including a deeper understanding of digital business.

“Although growth remains the CEO’s biggest priority, there was a significant fall in simple mentions of it this year, from 58% in 2017 to just 40% in 2018. This does not mean CEOs are less focused on growth, instead it shows that they are shifting perspective on how to obtain it,” says Mark Raskino, vice president and Gartner Fellow. “The ‘corporate’ category, which includes actions such as new strategy, corporate partnerships and mergers and acquisitions, has risen significantly to become the second-biggest priority.”

The Gartner 2018 CEO and Senior Business Executive Survey of 460 CEO and senior business executives in the fourth quarter of 2017 examined their business issues, as well as some areas of technology agenda impact. In total, 460 business leaders in organizations with more than $50 million in annual revenue were qualified and surveyed.

IT remains a high priority coming in at the third position, and CEOs mention digital transformation, in particular. Workforce has risen rapidly this year to become the fourth-biggest priority, up from seventh in 2017.

The number of CEOs mentioning workforce in their top three priorities rose from 16 percent to 28 percent. When asked about the most significant internal constraints to growth, employee and talent issues were at the top. CEOs said a lack of talent and workforce capability is the biggest inhibitor of digital business progress. 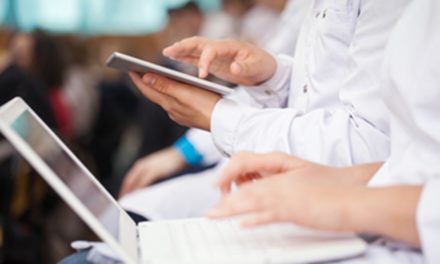 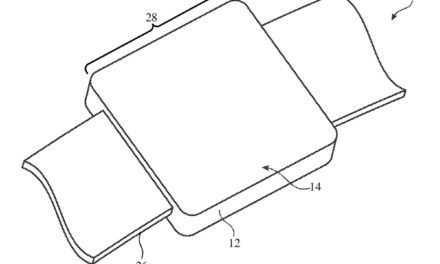 Future iPhones AND Apple Watches could sport a curved display