Bad news for the iPhone X continues to hit the ‘Net–both by way of fact and rumour. Apple has severely scaled back its orders for displays from Samsung–indicative of the ongoing disappointing sales of the X.
The falldown is extensive. Samsung will now have surplus capacity and can both use those displays itself and sell them to Apple’s competition, who will in turn retail phones challenging the X but at much lower price points. They won’t make as much money, but will further erode Apple’s market share. When one factors in the near saturated state of the market, one should look for impaired earnings at Apple’s next report.

Further rumours have it, however, that Apple will introduce as many as three phone models this year–likely an 8s, a new premium model as a replacement for the X, and a 9?? Enough to save the bottom line? Only maybe. Perhaps Apple should consider making its own displays instead of buying them from its chief competitor. The supply would be more secure. So would information about the supply. And there would be no bonus help for competitors to a reduction in demand.

Other new stuff will come down the infinite loop this year of course. The Spy looks for the new Mac Pro, new models of the MacBook Pro and Air, of the iMac. Tablets? Probably, but this market seems dormant, and only something radically different would stir it up. But Apple hasn’t done much to astonish lately, and its initiative in smart speakers is looking like too little, too late.

Bringing back the overseas stash helps the U.S. treasury, and generates positive publicity (or ameliorates some of the negative) but is one-time, and will have no discernible effect on sales. Remember the Spy’s Fourth Law–“Marketshare lags mindshare by two to five years”. Apple has done little in the last couple of years to generate mindshare, so one can expect marketshare to be stagnant for the next few. And, even if iTim iCooks up something truly magnificent in the next few months, it will take time to turn that into kopecs on the bottom line. Software? Yet another iteration of the two OSs will happen, but may be scarcely noticed–unless we see OS XI.

Last month The Spy noted his purchase from KMS Tools of a Bosh twelve-inch articulated compound dual bevel mitre saw–and flagged the comparison between its place in the shop and the computer on his desk–both are versatile tools that in the hands of the creative have a legion of uses, most as yet undiscovered. Neither is a toaster, for that much-overused and erroneous comparison is to a single-use device. See the Spy’s tenth law: “Computers are not toasters. Tthey are compound sliding mitre saws”.

Also recall the Spy’s seventh law: “A utility’s hazard rating is directly proportional to its usefulness.” This applies to all tools. One must be careful how one uses a compound sliding mitre saw. Misused or carelessly used it becomes extremely dangerous. Ditto a computer. One bad judgement error and the thing is bricked, held for ransom, recruited into a bot net, or its information compromised, erased, or lost in a component failure.

There are many points of failure in computer use. Never click on a link in email, never open an attachment you have not requested, scan for viruses automatically and manually, always situate behind a firewall, assume all unsolicited emails and telephone calls are scams–no matter how well or poorly worded, and no matter the heartstrings they try to play–backup hourly, daily, weekly, monthly to multiple separated locations, use secure passwords (not written down), and never connect electronic equipment directly to the wall outlet without a surge protector or UPS between. At least, that’s a start. Just remember that thousands of black hats everywhere are ready and waiting to empty your bank account or recruit your computer to attack someone.

But to return from ridiculous bosh to the sublime Bosch, this machine is everything the Spy wanted in the genre–a significant upgrade on his old ten-incher, not merely for size and capacity, but because it can handle larger angles (fifty degrees left and sixty-two right) bevels both left and right, has an extending platform, locks on more standard mitre angles, and has a butter smooth cutting action.

The articulating glide allows the machine to be placed against the wall on a narrow work bench, though the comparable rail-sliding model Bosch still offers is almost as good. It didn’t come with a laser line generator, but those are readily available from a variety of manufacturers (and less expensive than the one Bosch sells), so that modest deficiency was easily corrected.

Orient-made knockoffs are much cheaper, but the Spy is willing to pay a premium price for a premium product that will last a lifetime, and has always found Bosch tools fit that bill. Indeed, he sees Bosch as the Apple of the tool world–so far. Very highly recommended, and usually available for $100-$200 off the list price.

On the other hand The Spy’s Craftsman thirty-inch snow blower, ultra reliable for its first few years, croaked while cleaning up from yet another snow dump outside his igloo. The retainer spring that holds the idler wheel in a neutral position until the impeller activator lever is pressed snapped and its remains were spat out on the road. But this wasn’t the end of the damage.

Dismantling the machine revealed that the drive belt for the impeller unit had worn badly, and was cracked where the spring had evidently been caught up in it. Moreover, the pulley in that subsystem was badly bent, no doubt by the spring taking a ferris wheel ride over it while impaled in the belt. Given that Sears sold the Craftsman brand some time ago, and that Sears Canada is now bankrupt (a bit ahead of its parent company?), spare parts were a concern.
\
However, Craftsman was always a house brand (never made things, just labelled them), and the real manufacturer of a given tool could (and often did) change from year to year. Diamond Bar, the local fix-my-equipment-shop (and supplier of the Spy’s Stihl chainsaw) recognized the part numbers in the manual as those of Husqvarna (for whom they also deal) and was able to order. Unfortunately, they have to come from Toronto (centre of the universe) rather than Edmonton, which adds a few days en route. Perhaps it won’t snow again this week. Perhaps it is spring. Perhaps the Spy is a dreamer.

But the incident reveals how much can depend on a single part, and in this case one that is inherently fragile, as the spring material is thin, and obviously vulnerable to wear at its sharp attachment points–sorta like some keys on his old Ti MacBook that wore out from being pressed too many times. Bummer. Will letcha know. 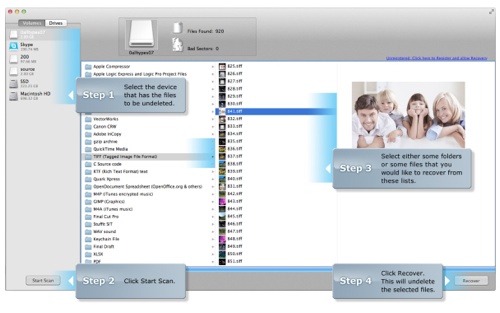