Rep. Khanna introduces bipartisan legislation to study effects of broadband on the economy

Reps. Ro Khanna (D-CA), Brian Fitzpatrick (R-PA), Anna Eshoo (D-CA), and Ryan Costello (R-PA) have introduced a bipartisan bill, the Measuring the Economic Impact of Broadband Act, to require the Bureau of Economic Analysis to conduct a study of the effects of broadband deployment and adoption on the U.S. economy.

The internet is an integral component of our country’s economy and infrastructure. Expanding access to quality broadband internet is a potential driver for development and progress. However, despite its importance, the Federal government does not currently measure the impact of broadband on the U.S. economy, as it does for many other industries. The lack of current, reliable, and accurate data diminishes the decision-making ability of policymakers, business leaders, research institutions, and trade groups. This bill highlights this issue and would make such data available.

“Broadband connectivity is no longer a privilege, it is a fundamental necessity in society, and Congress needs to ensure that all communities, from Appalachia to Cupertino, have reliable access to the internet, regardless of geography or income,” said Rep. Khanna, who represents Silicon Valley. “In order to do this, policymakers must have data that tells us just how broadband impacts our economy. The Measuring the Economic Impact of Broadband Act ensures that we are informed so the internet can be improved for American consumers and businesses.”

“In our increasingly connected economy, access to reliable broadband internet is more than just a convenience. It’s a necessity crucial to driving innovation and supporting job growth. Expanding access to broadband would be a powerful force for enabling economic equality and opportunity for many rural parts of our country that lack connection to the internet,” said Rep. Fitzpatrick. “The Measuring the Economic Impact of Broadband Act would ensure that the Bureau of Economic Analysis collects current and reliable data on broadband deployment across the nation, allowing policymakers, business leaders, and research institutions to keep America competitive in a digital world.”

“The Internet is the most vital tool of the 21st century economy, yet millions of Americans are being left behind because they lack a broadband connection,” Rep. Eshoo said. “Despite its importance, the Federal government does not currently measure the specific economic impact on those who have broadband, versus those who do not. This legislation is a good first step in empowering lawmakers to come up with solutions to connect underserved communities and keep America competitive in a digital world.”

“Expanding broadband can increase educational opportunities, result in better health outcomes, and connect many of our rural communities to more economic growth. But we need reliable, accurate data so we can make informed decisions about what types of policies are needed the most and will be the most effective,” said Rep. Costello, a member of the Energy and Commerce Committee. “This legislation will direct the Department of Commerce to produce a study that will give us this data so we can work on smart, forward-looking policies.”

“Broadband is a great equalizing force for creating jobs, leveling the playing field, and increasing opportunity,” Sen. Klobuchar said. “This bipartisan – and now bicameral – legislation will help provide us with the reliable, publicly available economic data we need to make informed decisions about expanding broadband, connecting our communities, and keeping us competitive in an increasingly digital world.”

“Broadband connectivity has the power to unleash jobs and fuel economic growth throughout the country, especially in rural areas like West Virginia. Last year, I introduced the Senate version of this bill, and today, I am thrilled companion legislation is being introduced in the House. This legislation will provide the data needed to measure the benefits of broadband accessibility and the importance of investing in critical broadband infrastructure. Every effort counts when it comes to connecting our communities, and I look forward to moving this critical legislation across the finish line so we can continue to make progress in bridging the digital divide in areas that need it most,” Sen. Capito said.

Read the bill online at https://tinyurl.com/y8sqhlb8 . 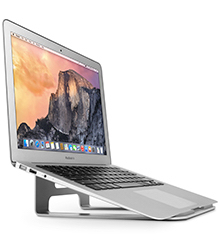