Around 65% of tech sector workers use a VPN in the U.S., and NordVPN has experienced a 300% growth in the American market this year. VPN service providers usually experience an increase in new subscribers when a new anti-privacy law is announced or approved. NordVPN expects the number of subscribers to keep growing as the new proposal for “USA Liberty Act” is being revealed – a bill that codifies into law the bulk collection of Americans’ personal data.

“Back in March, U.S. Senate reversed FCC privacy regulations, meaning that ISP providers were given the right to collect data without restrictions and without users’ consent,” said Marty P. Kamden, CMO of NordVPN.  “ISPs can collect data by monitoring Internet activity and tracking user location through mobile devices. Internet users, as we could see, showed that they were willing to take privacy into their own hands – NordVPN subscriptions starting doubling since the news broke out – and tripled in a few months. Similar regulations will always alarm people, who simply do not want their information to be collected and potentially misused if it ends up in the wrong hands.”

The proposed USA Liberty Act does require a warrant when a user’s communications information is accessed by 16 government agencies, such as the FBI. However, the Act implies that data will be kept long enough for domestic agencies to get warrants to obtain it, turning “incidental” data collection into a more deliberate procedure.

“Huge amounts of retained data always leads to the increased risk of people’s personal information being exposed. This data can be accessed by a large number of people, there may be private data leaks, identity thefts and so on,” said Marty P. Kamden.

A number of security incidents involving large amounts of data have emerged recently.  For instance, when Equifax was breached, the company said 145.5 million people were potentially exposed, including Social Security numbers, birthdates and home addresses. In other case, an NSA employee stored sensitive data on his home computer, which was obtained by Russian hackers by exploiting a Russian antivirus brand – the Kaspersky Lab software – that the employee was using. Back in 2015, the U.S. government was hit by a similar breach of its computer systems, when each person ever given a government background check was affected, resulting in theft of Social Security numbers and even fingerprints.
How to stay private on the web

According to Marty P. Kamden, Internet users can take a few steps to make sure their data is private.

1. Delete cookies. Cookies are text files containing information about a user’s interaction with one particular site, which may include login details, viewed products, and any other personal browsing information. Many cookies are embedded by a tracking technology that helps identify specific user’s habits and browsing history to advertisers and any third parties. To keep their privacy, users should always delete cookies from their browser.

2. Use antivirus software. Not all antivirus software is safe, as shown in the recent case with the Russian Kaspersky Lab antivirus that was used by Russian hackers to obtain NSA files. When choosing an antivirus system, one must always be aware that full access to all the information kept on the computer will be granted to the service provider. That means that a user must do their own research and choose the most trusted system. Different opinions vary among experts, therefore it’s not easy to make a suggestion. It’s up to the user to choose where to put their trust.

3. Use software that blocks ads and malicious pages. There are many browser extensions that protect users from malicious pages. NordVPN has recently launched a CyberSec feature that automatically blocks suspicious websites so that no malware or other cyber threats can infect a device.

4. Have strong password control. Not entering personal passcodes and credit card information when using open Wi-Fi networks is an essential rule in order to avoid hackers and snoopers. It’s also important to use  secure passwords that have  a minimum of 12 characters and include a strong mix of letters, numbers and characters. To take it one step forward, it’s recommended to install a password manager, such as Mitro, which logs users into their various websites automatically and uses an open-source protocol, making it more difficult for hackers to include backdoors and flaws.

5. Subscribe to encrypted email. Choose an email provider that will be impossible to hack. ProtonMail, for example, is a free encrypted email service provider, offering end-to-end encryption – meaning even the provider itself cannot decrypt and read subscribers’ emails. No personal information is required to create accounts, and the basic account service is offered free of charge. Other secure email providers include Tutanota and Countermail.

7. Use a VPN. The best-known method to keep your information private and secure is a VPN.  A VPN encrypts user data through a secure tunnel before it reaches the Internet – this protects any sensitive information about one’s location by hiding their IP address.

As a VPN connects a user to the Internet through an alternative path than an ISP, the only information visible to the ISP is that the user is connected to a VPN server. All other information is encrypted by the VPN’s security protocol. NordVPN is determined to hide and secure users’ data with features like double encryption and a strict no logs policy. From the moment a user turns on NordVPN, their Internet data becomes encrypted. It becomes invisible to governments, ISPs, third-party snoopers and even NordVPN.

To find out more about NordVPN, please visit www.nordvpn.com. 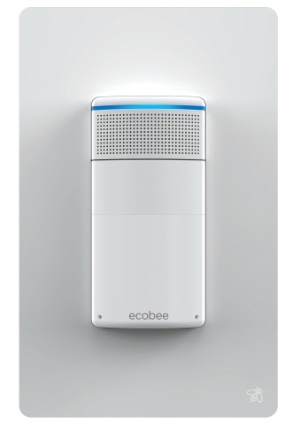 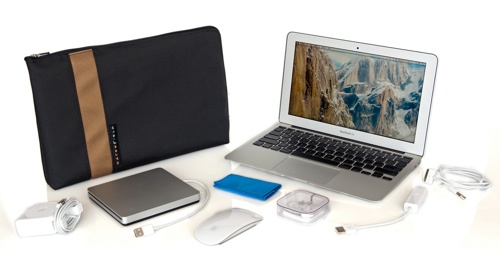