Sonnet Technologies that launched the SxS Pro Card Reader (http://tinyurl.com/y9dd6t45), the second in a new family of professional media readers that feature a 40Gbps Thunderbolt 3 interface. It will be available Aug. 28 at a manufacturer’s suggested retail price of $399.

The Sonnet card reader features two Thunderbolt 3 (USB-C) ports. One is reserved for connection to the computer, while the second supports daisy-chaining of up to five additional Thunderbolt peripheral devices plus two 4K monitors or one 5K display, or a single USB 3.1 device. The package includes a 0.5-meter Thunderbolt 3 (40Gbps) cable, plus a Sonnet-exclusive ThunderLok 3 Thunderbolt Connector Retainer Clip to secure the cable to the reader and prevent accidental cable disconnects.

The SxS card reader also provides up to 15 watts of power to accepting peripherals or hosts. These features allow multiple SF3 Series card readers to occupy the same footprint and connect to a computer through a single Thunderbolt 3 cable, enabling users to ingest four, six or more cards simultaneously to take advantage of the Thunderbolt 3 2,750 MB/s bandwidth. 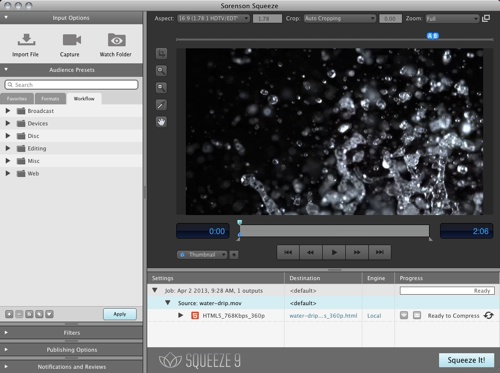