The global coprocessor market will grow at a compound annual growth rate (CAGR) of 6.76% during the period 2017-2021, according to new data from Research and Markets (www.researchandmarkets.com).

The research group says that one trend in the market is innovations in discrete GPU. NVIDIA is striving to provide a desktop-like gaming experience in laptops. At the GTC 2016 conference, the company announced the launch of the Quadro M5500 notebook video card for professional game developers. The M5500 is the first Quadro GPU that supports virtual reality (VR), enabling its computing partners to make their professional laptops VR ready.

According to Research and Markets, one driver in the market is growing popularity of smartphones. The smartphone market has been growing rapidly over the years, and ever since the advent of the iPhone. One of the biggest decisions that customers make in their lives is deciding which smartphone to buy. Prior to the iPhone, players like Blackberry, Nokia, HTC, Siemens, O2, etc. had dominated the mobile phone market, but could never achieve the functionality and ease of use that the iPhone or its successive peers could provide. They were heavy, clunky and used keyboards for input. However, today, almost every smartphone uses touch as the primary mode of input.

Further, Research and Markets states that one challenge in the market is innovations in integrated GPU for computers. The growing adoption of integrated GPUs over discrete GPUs is one of the major trends witnessed in the global GPU market. Proliferation of integrated GPUs in applications such as notebooks, workstations, and desktops for enhancing the visual content has propelled its demand by the end-customers of these devices.

Graphics processor vendors such as Intel and AMD provide high graphics through integrated GPUs in order to meet such demands. Thus, the increasing adoption of integrated GPUs over discrete GPUs is one of the major trends that will affect the global discrete GPU market. 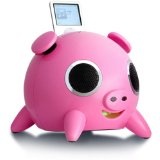