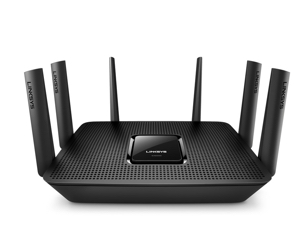 Offering MU-MIMO (Multi-User, Multiple-Input, Multiple Output), the next generation Wi-Fi 802.11ac Wave 2 technology, helps improve overall performance and efficiency of a Wi-Fi network while providing dedicated bandwidth to MU-MIMO capable client devices as if they have their own dedicated router.

It boasts Wi-Fi speeds up to 4Gbps, MU-MIMO technology, six high-gain antennas and three radios (one 2.4Ghz and two 5GHz), which helps eliminate buffering or lag for movie streamers and gamers when everyone in the household is on the Wi-Fi network. With upcoming new features such as Dual WAN capabilities, Link Aggregation or DFS, this router can work well for the most demanding home networks for super-fast video streaming and data backup or for work from home users that need a VPN connection to the office network for a more secure remote access connection.

The Linksys Max-Stream AC4000 MU-MIMO Tri-Band Router is outfitted with Next Gen AC Wi-Fi technologies such as Multi-User MIMO (MU-MIMO) and Tri-Band that work in concert to deliver Wi-Fi at the same time and same speed to multiple connected devices including TVs, gaming consoles, wireless printers, laptops plus others at combined speeds up to 4 Gbps. The Linksys Max-Stream AC4000 provides easy setup options to get a home office up and running quickly along with the exclusive Linksys app that provides added control of the EA9300 Wi-Fi Router from anywhere at any time using a mobile device.

The Linksys AC4000 MU-MIMO Tri-Band Router is available immediately on Linksys.com, Amazon and Best Buy.com and is planned to be available at Best Buy, B& H, Fry’s, Meijer, Micro Center, Nebraska Furniture Mart, New Egg, Office Depot and Walmart for an estimated street price of $299.99. 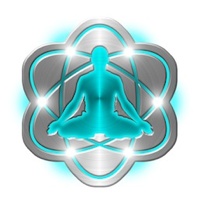