A new study from Juniper Research (www.juniperresearch.com) has found that MMO (Massively Multiplayer Online) games such as World of Warcraft, and MOBA (Multiplayer Online Battle Arena) games including DoTA 2, are to account for almost 25% of the digital games industry this year.

The new research forecasts that revenues from this genre will accelerate to $43bn by 2021, accounting for over a third of global games industry revenues. The research cites the F2P (Free to Play) model as being the key catalyst. The research also found that console and mobile devices offer great scope for future growth, with these platforms having been underutilized until now, particularly in Western markets.

Nevertheless, Juniper predicted that opportunity across these platforms would be distinct for MMO and MOBA games, with emerging technology and business model innovation acting to increase traction. For example, the accessibility of VR (virtual reality) on these platforms was cited as a key future driver for “open-world” style MMO games. With MOBA less suited to VR, Juniper noted that F2P and “Let’s Play” games would be key for publishers in replicating Asian success in occidental markets.

The research found that while MMO games continue to dominate the PC games industry, MOBA games will become a crucial driver for the eSports (competitive playing of video games) market, which will itself reach $3.5 billion by 2021.

“MOBA games have evolved from user-made campaigns to a staple of the eSports industry, with considerable investment by games developers and publishers. Investment is driven by the fact that, in some cases, eSports viewership surpasses many popular sports,” said research author Lauren Foye. 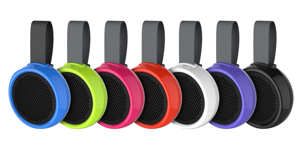