IHS Markit (www.ihs.com) — an information, analytics and solutions firm — says the market for wireless power and charging is expected to grow in 2017, with global  receiver shipments reaching 325 million units by year end. The market grew approximately 40% in 2016.

According to the new report, mobile phones remain the primary driver for development of wireless power technology and mobile phones, laptops and wearable devices will drive receiver market growth. Receiver unit shipments are expected to climb this year as demand increases; Original equipment manufacturers (OEMs) make their decision on specifications; and the market moves towards glass-backed phones.

In 2016, the flagship Samsung handset made the biggest single contribution to enabled receiver shipments, according to IHS Markit. Samsung’s decision to retain wireless charging on the Galaxy S7, and LG’s decision to add the technology to its new G6 device (U.S. model), were crucial for wireless charging technology. Apple is expected to follow suit later this year with its next iPhone, further boosting receiver shipments.

“The mobile phone market continues to be the entry point for the consumer experience of wireless power,” said Vicky Yussuff,  analyst for IHS Markit. The IHS Markit quarter one consumer survey shows that consumer awareness of wireless power technology remains high and, perhaps more significantly, there has been a jump in usage. “More than one-third (35%) of U.S. consumers say they have used wireless charging, up from 25% in 2016. This suggests the market has moved into the commoditization phase, particularly for mobile phones..”

The laptop market could see a surge of integration following Dell’s announcement of the Dell Latitude 7285, a two-in-one tablet that includes a wireless charging-enabled detachable keyboard. The keyboard uses magnetic resonance technology from WiTricity and is compatible with the AirFuel resonant specification. The device is expected to start shipping in June 2017.

“Shipments of a wireless charging enabled laptop could not have come at a better time, as IHS Markit consumer survey results highlighted that while satisfaction of current wireless charging solutions is high, laptops are a particular device that 75 percent of consumers would like to see adopt wireless charging technology,” said Yussuff.  “Now that the first resonant system is being launched, it is likely that at least one more OEM will launch a similar product within the next six months.”

Consumers also say they would like to see wearable devices adopt wireless charging, particularly in the smart watch category. According to the IHS Markit Wireless Power Tracker, nearly 30 million wearable device receiver units are expected to ship in 2017.

As more consumers start to own multiple wireless-charging devices, the need for multi-device chargers will increase. The multi-device transmitter market is expected to ship more 30 million units by 2026.

Transmitters designed for public infrastructure, such as those in the restaurant and hospitality sector, will see a boost in shipments in the next 10 years as new, enabled products in the mobile phone and laptop markets drive demand. As more applications in consumer, industrial and medical markets adopt wireless power technology, IHS Markit expects market growth to be rapid. 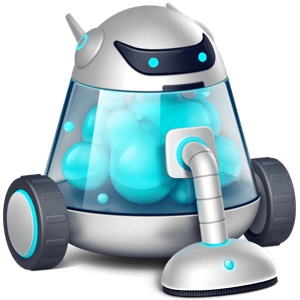 This Mac OS X app is designed to Dazzle you