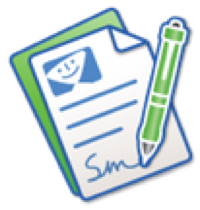 Smile has introduced PDFpen and PDFpenPro 9.0, new versions of the all-purpose PDF editing tool for the Mac. The upgrade introduces over 100 enhancements covering document annotations, tables of contents, and export options.

Annotation support is more advanced, including faster access from the Sidebar and more options for copying annotation text. Navigation by table of contents has greater precision, and PDFpenPro users can create and edit entries from a new contextual menu.

Upgrades from earlier single user versions of either application are $30, and free to users who purchased on or after Jan. 1, 2017. Upgrades from any previous version of PDFpen to PDFpenPro 8 are $50. Upgrade pricing for Family Packs and Office Packs is found in the Smile web store (https://smle.us/store).