The Northern Spy: An April 1 conversation with Nellie Hacker

I heard someone plop in one of my chairs and creak it back. A pair of boots heels thumped on my table.

”Hope you’re not wearing spurs today,” I said without turning. Nellie Hacker is…rather informal. “That table is for helping my students with their assignments. Gouges would be counterproductive.”

“Calculus, no doubt. What’s the topic de jour? Lemmie see. ‘Given an elliptical cross section with axis lengths 10 and 15 centimetres, the formula for the depth of the water, the rate of inflow and the volume of water going down a reverse trap as a function of time, how quickly is the surface area of the water changing three seconds after you flush the toilet?'”

“No, this is second semester. We’re just into graphing conic sections in polar coordinates. But if you disliked it so much back in the day when you were my student, why did you do enough work to score an A+?”

“Caught up in the class culture I s’pose.”

“Created and drove the class culture as I remember. You always were a type AAA personality. Working a shift after class, then convening a homework party in the Atrium after midnight indeed.

“If I had to endure the pain, I made sure the rest did. Bet yer still tellin the same old jokes, like the one about the three brothers who inherited the ranch from their father and decided to call it ‘Focus’ ’cause that’s where the sons raise meat.” What’s your current gang like?”

“Fact, I’ve got a similar group this semester driving themselves to succeed. Poised to outdo your old bunch. But lately you’ve been virtual by mail and chat rather than showing up in the flesh. What’s up to make you show up?”

“Some rich dude I knew slightly donated a wad to the university to buy one of my doodads for the boardroom in the upper kingdom. Wanted a rest from being a character in your novels, so dropped by to do an install, personal like.”

I looked her over. “No sign of sword cuts or even scars. You haven’t done too badly on Hibernia.”

“Watched out for Lucas and his bunch like you wanted before the big battle. Not really needed after that so I went back to inventin’ and codin’. Big 600th birthday coming up this year, but nothing spectacular doing there since the second battle of Glenmorgan back in ’01. You ever finish your tell-all novel?”

“‘Paladin’ went to the publisher several weeks back. Simultaneously the seventh book in both ‘The Interregnum’ and fourth in ‘The Throne.’ Relates the lives of the Paladin as they touched on the throne at Tara, interleaved with and events to and during the great battle.”

“You killed off lotsa people I liked. Any more books in the pipe? I wouldn’t want you slicin’ me up too.”

“Not likely, unless Johnic gets out of hand and provokes adventures that demand a chronicler. Doing a short story about Sky Deer’s life though.”

“The Brehon who lived back in the time of the troll terrorists?”

“That’s the one. Knew Maeve Corrigan personally. Roomed with her at Tara Civilian academy long before Maeve’s 1601 ill-fated attack on the palace.”

Nellie shuddered. “Not sure I want to read it. Maeve got judged terribly for what she done.”

Sky’s papers shine a better light on once friend–depict her more as a human being, less as the stereotype for which she’s remembered with fireworks on Trolls’ Day. But enough of my stories. Tell me about this ‘doodad’ you installed.”

She shrugged. “Based on some old Hibernian tech from your novels. Dai MacAllister and I ran it up to solve the problem of holding board meetings with out-of-towners. Upstairs of the student centre, it’s an array of holographic projectors, each controlled by an iThingy–or a computer if yer into ancient tech. Same at the remote location, but fewer projectors. Absentees get realized into a vacant chair, see the others likewise. Resolution’s a little punky if the remote location only has a couple of cameras, but pretty decent here. Everybody experiences the event almost the same as if present.”

“Mayhap I can use it for the Senate meetings I’ll convene next year. They don’t all show up, and this would make it easier to have a quorum. They wouldn’t even have to leave their comfy offices to take a five minute walk over there. But I take it this is a test install.”

“Nope this kitty’s all birthed, fixed, and wormed. Do figure on getting it down to four each cameras and projectors and cutting prices an order of magnitude eventually, but we already beat the pants off the four flat screens they put in last year.”

“I can see many board rooms installing this, but you surely need a mass market to get economy of scale. What do you see as your principal target sector?”

“Education. Time you professors were all virtualized. Forget online lessons that are little more than a glorified directed study. This’ll allow everybody in the class to discuss with each other and the top people in the field, no never mind how far apart they live. Bonus is that if some are allergic to the smell of the professor’s post pepperoni sausage breath or another student’s lip rings or after shave, they needn’t no never mind.”

“Remember the debate topic in computing 480–‘Resolved that the university is obsolete’? Well, as a sprawling brick-and-morter, it pretty well is. Who needs a library any more? After this, no conventional classrooms wither. Record the lectures, virtualize the prof in, have a canned database of answers to questions, and do the tutorial instruction with a grad student slave. Bonus is you can take a class anonymously. If you don’t want to be seen, send yer avatar.”

I didn’t answer. I was already on another track. “Cheaper education in the end with fewer teachers.”

“Yup. Robots wipe out blue collar jobs, and these gadgets, plus mechanical surgeons, AI consultants fer medicine, finance, taxation, internet stores, eBooks, and so on, all do likewise fer the white collar. My next projects to market are mechanical cooks and waitresses–partly based on the software I wrote for my automatic truck driver. Seems a shame to eliminate ninety percent plus of all existing jobs, but I can’t put the genie back in the bottle, so I might as well get in on some sales.”

“Perhaps all those unemployed people will return to university and there’ll be more jobs here after all.

“Speaking of which, you’re going to need money just to get this first one to market.”

“Boatloads of dough. Why, we sold the whole shebang to Apple for a round bill. Our best bud iTim’s doing the product launch for what he’s callin’ iMeet at his press conference–real upstairs an’ virtual from a stage in Cupertino noon today. See if anybody can tell the difference before he vanishes in a puff of smoke the first time. ‘Nother reason I installed personal-like.”

“A day to mark down in history then.” I pulled out my ‘phone. “What is it?

Opinions expressed here are entirely the author’s own, and no endorsement is implied by any community or organization to which he may be attached. Rick Sutcliffe, (a. k. a. The Northern Spy) is professor of Computing Science and Mathematics at Canada’s Trinity Western University. He has been involved as a member of or consultant with the boards of several organizations, and participated in developing industry standards at the national and international level. He is a co-author of the Modula-2 programming language R10 dialect. He is a long time technology author and has written two textbooks and nine alternate history SF novels, one named best ePublished SF novel for 2003. His columns have appeared in numerous magazines and newspapers (paper and online), and he’s a regular speaker at churches, schools, academic meetings, and conferences. He and his wife Joyce have lived in the Aldergrove/Bradner area of BC since 1972. 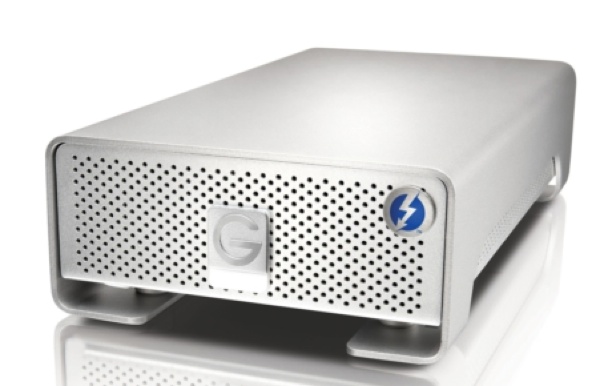 The Northern Spy: Lions, finances and a tech rant