This SuperMeet will celebrate the 16th anniversary of holding SuperMeets in Las Vegas and promises to be the single largest gathering of Adobe, Avid, DaVinci Resolve and FCP X editors, gurus, digital filmmakers and content creators during the 2017 NAB Show.

The SuperMeet agenda hasn’t been announced, but will feature user driven presentations from Blackmagic Design, Adobe, HP|NVIDIA, Other World Computing, FCPWORKS and more. Rounding out the evening will be the”World Famous Raffle” where tens of thousands of dollars worth of valuable prizes will be handed out. Earlybird tickets are on sale online through March 27 for $10 each, plus a ticket fee, and $7 for students and teachers with a valid student ID. 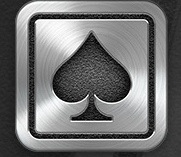 Mondo Solitaire is new solitaire game for the Mac