Half of industrial wireless sensor network adopters use an IoT platform,

One in two wireless sensor network (WSN) adopters are using cloud infrastructure for their industrial Internet of Things development, according to a recently published survey by ON World (www.onworld.com), which provides global business intelligence on Internet of Things markets.

“Wireless sensor networks (WSN) is the key technology for connecting billions of Internet of things within the next decade,” says Mareca Hatler, ON World’s research director.  “As early adopters of cloud-based IoT platforms, WSN users are defining industrial IoT solutions as well as picking the winners and losers.”
Technologies that communicate up to one mile on average make up the majority of industrial sensor network solutions today.”

But over the next 5-10 years, the fastest growth will come from multi mile low power wide area network (LPWAN) technologies such as LoRa, Sigfox, RPMA, LTE M1 and NB1.  These new wireless standards will initially target new market segments, but they will increasingly compete.

ON World’s 2017 survey with 180-plus industrial automation professionals was completed in association with the International Society of Automation (ISA).  The survey found that there has been a steady migration to standards based wireless mesh protocols with even faster growth for IoT solutions enabled by Bluetooth, WiFi and LPWAN technologies. Of those that provide or have a wireless sensor network system, 48% are using an IoT platform such as AWS, Microsoft Azure or IBM Watson. A few more of the survey’s key findings include the following:

° Sixty-five of all respondents have deployed at least some wireless mesh nodes.

° Elevent percent are using a Low Power Wide Area Network technology such as LoRa or Sigfox.

Three-quarters of those developing LPWAN solutions are targeting new applications that cannot be met with other technologies.

Deals: Desktopple Pro for 41% off today only 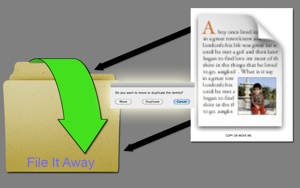 File It Away 1.0 released for Mac OS X