The Bluetooth Special Interest Group (SIG) officially adopted Bluetooth 5 (www.bluetooth.com/bluetooth5) as the latest version of the Bluetooth core specification. Consumers can expect to see products supporting the spec in two to six months.

Key updates to Bluetooth 5 include longer range, faster speed, and larger broadcast message capacity, as well as improved interoperability and coexistence with other wireless technologies, according to Mark Powell, executive director of the Bluetooth SIG.

Powell says that Bluetooth 5 also includes updates that help reduce potential interference with other wireless technologies to ensure Bluetooth devices can coexist within the increasingly complex global IoT [Internet of Things] environment. It delivers all of this while maintaining its low-energy functionality and flexibility for developers to meet the needs of their device or application, he adds. 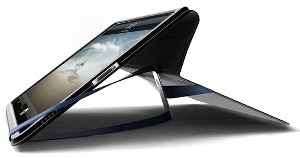