A new study from Juniper Research (www.juniperresearch.com) has found that the popularity of Pokémon GO is inspiring app developers to incorporate AR [augmented reality] technologies into their applications.

The research group forecasts that the AR market will rise to 2.3 billion apps by 2021, representing a 380% increase from an estimated 482 million in 2016. The launch of the AR game sparked a worldwide phenomenon that has created a greater interest in the technology, leaving developers ‘champing at the bit’ to recreate its global success.

According to Juniper Research, AR content has now evolved past its ‘gimmicky’ reputation, and consumer attitudes have become more positive towards the technology. The report found that despite smartphones already being capable of this level of AR, the success of applications were down to desirable content, such as Pokémon GO and Snapchat.

“The current crop of AR offerings is a taste of its future. Soon, the technology will be commonplace in fields such as medicine, manufacturing and training,” said research author, Sam Barker.

Additionally, Juniper Research found that AR opportunities will be further boosted by releases of other devices. HoloLens, manufactured by Microsoft, is expected to be launched in 2017, adding to competition for Vuzix and ODG. Although, consumers will initially be discouraged by high costs and lack of content, the devices’ superior specifications will lead to improved content over smartphone applications.

The increasing confidence in AR technology as demonstrated by large investments into smaller AR specialists such as Magic Leap. The company has attracted over $1.3 billion of investment to continue the development of their hardware. Shrouded in secrecy, Magic Leap has made no public announcement, however has convinced large companies such as Google and Qualcomm Ventures to invest. Furthermore, Apple’s inclusion of two rear cameras its latest flagship iPhone, indicates their belief that AR content will further penetrate the smartphone ecosystem, according to Juniper Research. 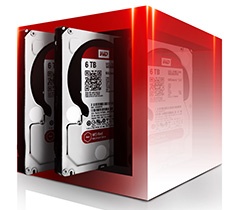