MacHTTP-js is a modern take on the classic stand-alone, desktop computer Web server plus a whole lot more, using current state-of-the-art technology while derived from the core ideas that went into the creation of the original Mac Web server, MacHTTP, says creator Chuck Shotton.

MacHTTP-js eliminates the need to understand arcane command line tools or to be an expert in deploying Linux-based servers. Instead, it returns to its roots as a double-clickable application with a friendly user interface allowing anyone technical enough to operate a text editor to set up a web server or create compelling Web applications on their desktop which can be migrated to public servers, he adds.

The free Preview version of MacHTTP-js (http://www.machttp.org) runs on any version of macOS that’s actively supported by Apple. Implemented with modern technologies like node.js, Express.js, and Electron, MacHTTP-js is designed for upcoming versions to run on multiple different operating systems and computers, from Macs running macOS to Windows 10, various flavors of Linux (Ubuntu, Debian, RHEL, etc.), and even Raspberry Pis running Raspbian or container-based systems like Docker. These other versions will be released as part of the final release of MacHTTP-js, coming soon. 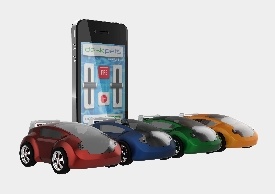