The Northern Spy: Of typewriters, steering wheels, and things

The Spy is a wee bit late with this column. Too many birthdays in the last few days–Canada’s on the first, the Excited States on the fourth and his own on the third. “How old?” his reader asks. It is a number in like class as the year 1961.

WWDC was somewhat a yawner, pretty much in accord the Spy’s own predictions in his last column–no new products ready to sell, many software advances, and none of his maybe long shots became a reality–yet. Speaking of which, perhaps he will attend next year. Things then might be more interesting then.

Brexit was a surprise to some people. Perhaps with the polls indicating a remain side win, too many chose not to vote. Lots of consequences: accusations of fascism and racism, petitions for reconsidering, a hard negotiating stance from the EU (which holds all the cards), some flight of money that now gooses North American stock markets, political careers ended, many pending projects put on hold pending clarification, deep divisions along lines of country vs city, young vs old, and region against region, the latter breathing new life into secession movements. Does some of this sound somewhat familiar in the North American context?

What of the consequences for technology? The Spy has limited anecdotal evidence, but technology industry employment in the EU was at a standstill before, and this won’t help. He has heard of one recruitment firm active in high tech that has seen thirty percent of its business evaporate so far. Uncertainty creates chaos in all markets, but technology adoption, and therefore related employment is heavily dependent on barrier-free movement of goods and people.

The information age “wants” to be global, and countries that create barriers are going to be left behind. Do the people of England-outside-London really want to see “Great Britain” devolve into four or more insignificant countries, they alone outside any international trading block and becoming a technological backwater because no one wants to do business there? Perhaps so.

Worse, the isolationist sentiments that in part led to the “leave” side narrowly winning the referendum already exist in some measure throughout Europe, especially among those whose eyes are narrowly fixated on their own nation’s supposed past glories. Having failed to learn the lessons of nationalism and xenophobia, they seem destined to encourage an encore of its ugly consequences.

The information age gives every jingoist demagogue a potential audience, and since even the idea of a transcendent moral code is now deprecated or ridiculed in the western world, there is nothing to restrain them from repeating history, and doing so with higher technology than in past wars. Or, can the EU re-invent itself, perhaps as a devolved federation, and avoid fragmenting back into multiple nations with only mutual hatred in common?

Would the reader offer for salvation the hope of building a lasting community based on consensus for common moral principles and consequent ethical code? That argument is fundamentally flawed, first because it is circular, presupposing commonality upon which to build same, and second because all “‘successful” demagogues operate by changing or destroying such principles and codes for the express purpose of moulding others into agents to pursue their agendas. Today’s relativism is tomorrows obsolescent discard; it cannot offer a lasting foundation, especially when the society that gave it passing assent is busy altering its own environment and structure by the day.

The Spy repeats his caution from three decades ago. The information age, or Fourth Civilization as he terms it, does indeed have the potential to empower global unity as many tech-optimists believe. But it has equal power to enable divisiveness and destruction. Anything can be communicated to a wide audience today. Take your pick, citizens of this world. But don’t blame the consequences on anyone but yourselves.

Other economic earthquakes are on the near horizon as new technologies shake up the world job markets. Some new technologies disrupt primarily because they enable things no one could have done before. Such for the most part was the computer, though it did wipe out the typewriter industry, per a Spy prediction that was ridiculed in the 1970s.

Steering wheels will go the same way. Driverless cars are already past the proof-of-concept stage, and there will soon come a day when driver-operated cars exist only in museums. No, deaths from crashes will not be eliminated, but they will be reduced dramatically once human error is removed from the process. Plot for mystery novels: who hacked the victim’s automobile software and drove him into the bridge abutment? the truck’s software to deliver a load of cash from the mint to the mob?

But the greatest economic disruption this particular technology change will generate is in related employment. How many people today make a living driving taxis, busses, and trucks? There may be none a decade from now. Oh, and assembly lines are already becoming highly automated. The Spy long ago predicted unpeopled factory floors. And who needs car dealers, inventory and a sales force when one can put in an order online and have that automated factory (or local 3-D printer) produce a unique car to their personal specifications? Ditto other manufactured products, including clothing.

And that’s only the tip of the iceberg. Fast food outlets employ how many times that number of people? They have begun setting up automated food dispensaries with zero human attendants. There will soon come a time when real human service will be confined to luxury eateries.

Nor are professional jobs exempt. Robotic surgeons already do at least competent work; they will eventually perform all operations. Ditto dentistry. And, since the issuers of tax forms and paycheques already report the entries to the state, there is no reason income tax could not be automated, putting tax office employees, tax advisors, and many accountants out of work.

The Spy has seen estimates that up to sixty-two percent of all current jobs are threatened by technological replacement. He thinks that figure low. There’s also the matter of funding employment insurance and pensions at a sustainable level that doesn’t turn every nation into Greece, bankrupt every state and municipal government.

One would think that facing such fundamental change in our society, politicians, economists, educators would be crazy busy reinventing our systems to harness change in an attempt to build a better future. After all, the number of people displaced from what they have seen as secure and meaningful employment will eventually dwarf the current refugee crisis. But the Spy forgets–they can’t manage that either. And, sadly, decision making with a view either to the ethics or the personal consequences of technology adoption hasn’t been part of the conversation in the past, isn’t in the present, and won’t be in the future until it is too late. When was the last time you heard any of them mention this issue? 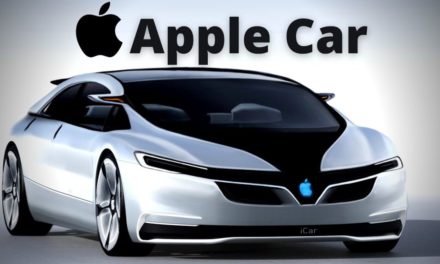 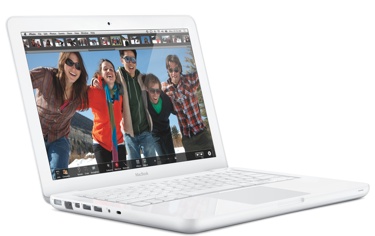