Apple has announced powerful new Siri capabilities, single sign-on for Apple TV and many more new features for users. All will be included in the updated tvOS that’s coming this fall.

With expanded Siri capabilities, including searching across even more apps, YouTube search, topic search and tuning right into more live channels, customers can get to their favorite content even faster, according to Eddy Cue, Apple’s senior vice president of Internet Software and Services. The future of TV is apps, and with single sign-on customers can authenticate all the video channels from their pay-TV providers by simply signing in once to enjoy all of their network-TV apps, he adds.
Currently, there are over 6,000 Apple TV apps, including over 1,300 video channels. Since the launch of Apple TV, Siri has gotten more powerful, now searching over 650,000 TV episodes and movies. Siri is available in even more countries with expanded capabilities.

You can now ask Siri for a movie by topic or theme, you have even more ways to find the films you really feel like watching, such as “Show movies about baseball,” “Find documentaries about cars,” or “Find high school comedies from the ‘80s.” Later this month, users can ask Siri to search YouTube, so you can say things like “Search YouTube for cute pug videos.” Apple TV is also getting a live tune-in feature. You can ask Siri to go directly to a live channel inside a supported app, such as “Watch CBS News” or “Watch ESPN.”

Also, Apple TV users will now have control of HomeKit-enabled accessories so you can ask Siri to “Turn on the lights” or “Set the temperature to 70 degrees.” Apple’s set-top box will also allow users to control HomeKit accessories when they’re away from home or use it for home automation with the Home app on their iOS device.

What’s more, for the first time, customers in the US will have a simplified way of enjoying pay-TV video channels by using single sign-on. Starting this fall, users only have to sign in once on Apple TV to enjoy immediate access to their favorite video channels that are included as part of their pay-TV subscription.

Once a user is signed into one network app, any other app on Apple TV from participating pay-TV providers will automatically log the user into all other supported apps requiring authentication. During the single sign-on process, customers can view a page of all the authenticated apps that a pay-TV provider offers to more easily discover, download and enjoy all of their favorite video channels.

Any network-TV app can take advantage of this technology to enable single sign-on and simplify the process for their viewers. Single sign-on will be available on both Apple TV and iOS. 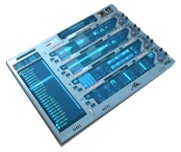