Worldwide shipments of wearable devices are expected to reach 110 million by the end of 2016 with 38.2% growth over the previous year, according to IDC (www.idc.com).The Apple Watch will continue to dominate the smartwatch market, though sales may slow down as potential buyers and upgraders wait for the second iteration of the smartwatch, notes the research group.

IDC adds that Android Wear remains in second place as its list of partners grows and the platform further integrates into Google’s larger ecosystem. However, Android smartwatches are expected to remain a small portion of the overall market.

IDC says an expanding lineup of vendors combined with fast-growing consumer awareness and demand will generate double-digit growth throughout the 2015-2020 forecast period, resulting in shipments of 237.1 million wearable devices in 2020. The research group adds that market will also be driven forward by the proliferation of new and different wearable products.

Watch and wristband shipments will reach a combined total of 100 million shipments in 2016, up from 72.2 million in 2015. Other form factors, such as clothing, eyewear, and “hearables,” are expected to reach 9.8 million units in 2016 and will more than double their share by 2020. IDC says this will open the door for new experiences, use cases, and applications going forward, though the primary focus of the wearables market will be on smartwatches.

“Although smartwatches like the Apple Watch or Android Wear devices capture the spotlight, they will only account for a quarter of all wearables in 2016 and will grow to about a third by 2020,” says Jitesh Ubrani, senior research analyst for IDC Mobile Device Trackers. “It’s time to start thinking about smarter watches — traditional watches with some sort of fitness or sleep tracking but are unable to run apps—built by classic watch makers. These devices have the potential of making the technology invisible while still integrating themselves within day-to-day activities.”

Meanwhile, smartwatches with an app ecosystem – like Apple’s watchOS and Google’s Android Wear – are expected to gain further prominence in the market as both products and experiences evolve.

“With few exceptions, this part of the smartwatch market is still in its initial stages,” said Ramon Llamas, research manager for IDC’s Wearables team. “We expect to see major changes, with smartwatches that actually look like watches, user interfaces that are easier than swipes and gestures, applications that rival those on our smartphones, and connections to networks, systems, and other devices. This puts pressure on smartwatch platforms to develop further from where they are today.” 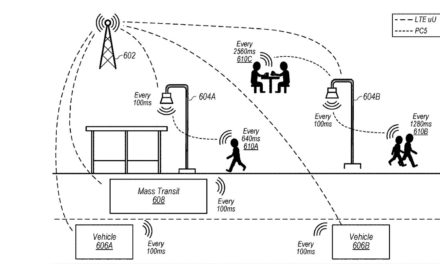